Congratulations To The 2022 Nominees

Jewelers of America Honnor the Best in Fine Jewelry and Watches 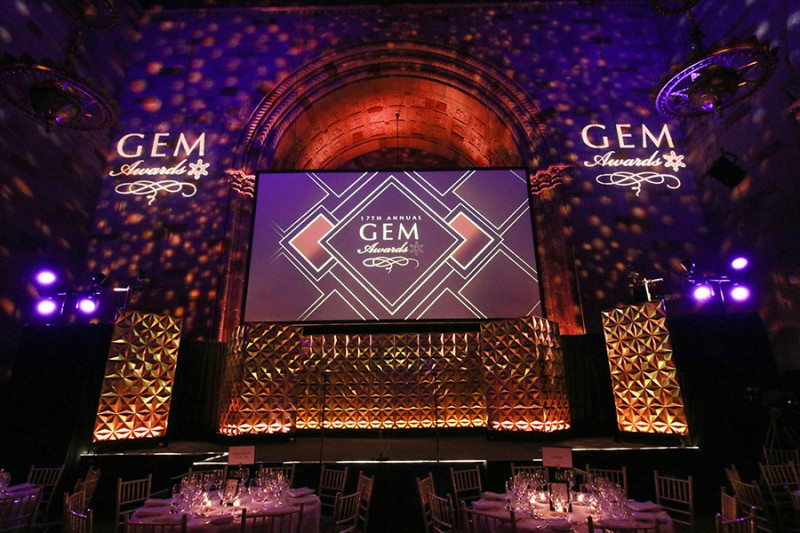 The GEM Awards, hosted by Jewelers of America, kickstarts the year with a glamorous celebration unlike any other in the fine jewelry and watch industry. The ceremony attracts more than 500 guests including fashion, design and media lumineries. Each year, GEM Awards are presented in several categories, including the prestigious GEM Award for Lifetime Achievement, honoring the individuals and companies who raise the visibility and status of fine jewelry and watches.

The GEM Awards gala was conceived in 2001 to celebrate the people and companies who are telling the story of jewelry best with awards in several categories. It was produced by the Jewelry Information Center, then the authority on jewelry marketing and promotion. Throughout its esteemed history, the GEM Awards ceremony has honored excellence in jewelry design, watch design, journalism, marketing, communications and style. In 2009, Jewelry Information Center merged with Jewelers of America, the leading trade association representing businesses serving the fine jewelry marketplace. Jewelers of America continues the mission of Jewelry Information Center -- to honor and support those who shine a positive spotlight on fine jewelry and watches. 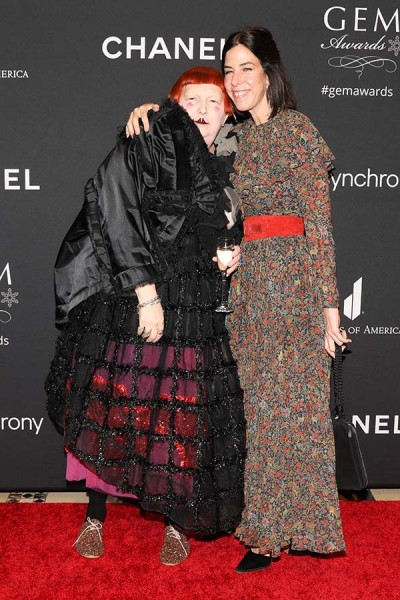 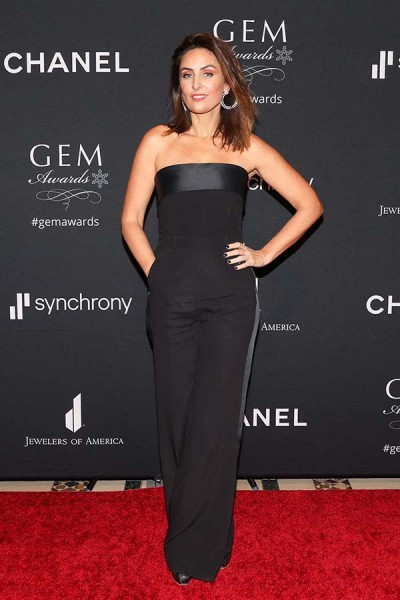 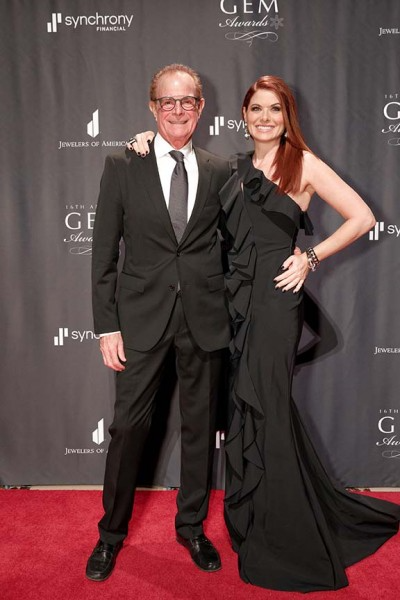 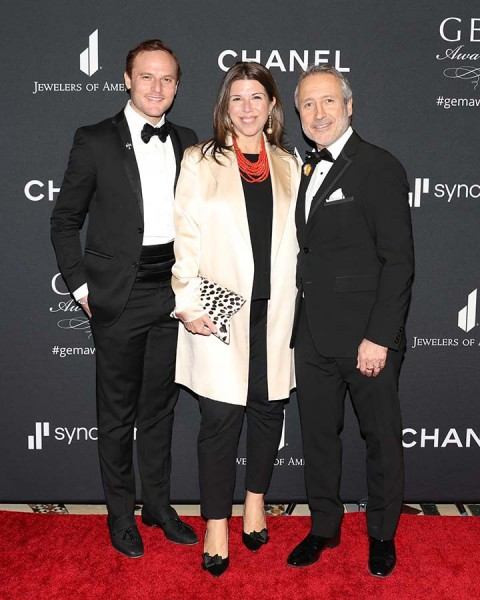 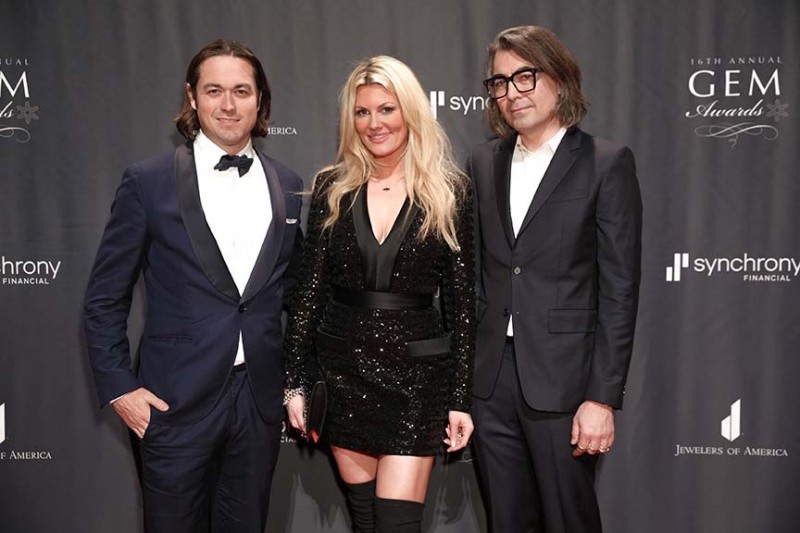 Congratulations To The 2022 Award Nominees!

The GEM Award for Lifetime Achievement is given to an institution or individual for a career’s worth of contributions to the fine jewelry and watch industry and for setting a standard of excellence that serves as an inspiration to industry colleagues. The winner will have made a substantial enhancement to the image of the industry or a particular segment. 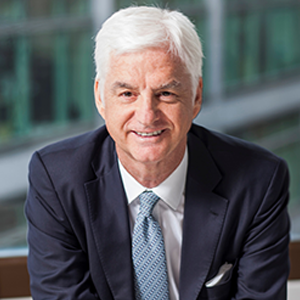 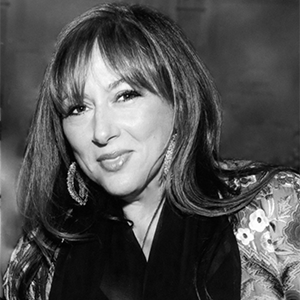 Lorraine Schwartz is responsible for some of the most iconic jewelry moments of the 21st Century. Her name is synonymous with jewelry style as she has adorned some of the world’s most influential individuals – from Royalty to A-list celebrities.

The GEM Award for Jewelry Design is given to an individual, not a brand, for excellence in jewelry design. Each honoree has an extraordinary design aesthetic and creates jewelry that shapes the future of design. 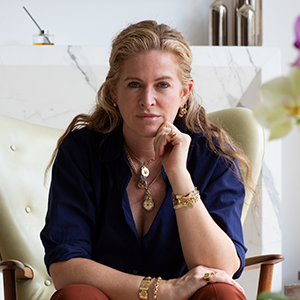 Foundrae was co-founded by husband and wife, Murat and Beth Bugdaycay in 2015. Each piece is based on a lexicon of symbols that Bugdaycay and her husband culled from different cultures and time periods. They create an inclusive language that not only appeals to the individuality of the modern consumer, but also celebrates a set of values greater than the value of gold itself. Beth Bugdaycay has many industry honors including a nomination for the 2019 “Emerging Designer of the Year” by the CFDA and a GEM Award for Retail Excellence nomination for Foundrae in 2020. 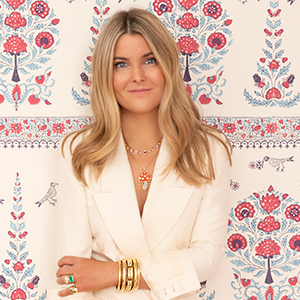 Brent Neale combines a free-spirited whimsy with a psychedelic color palette, combining allegorical references to art and literature that create a vivid emotional connection. Nostalgic and fantastical, this is jewelry rooted in the belief that true luxury is unique, surprising and fun. Designer Brent Neale Winston’s home base is 47th Street, where she intimately works with a small group of gem dealers, cutters and bench jewelers to build every piece in her collection. Her choice to keep production in New York City is an homage to the craftsmen she was taught by and the city she calls home. 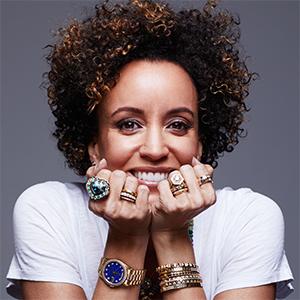 With aesthetic roots in the ancient textiles and patterns of the African Diaspora, California-based Harwell Godfrey is handcrafted in 18-karat gold with precious gemstones, powerful inlay and ethically-sourced diamonds. Designed with healing energy in mind, each gemstone is thoughtfully selected to enhance the wearer’s experience. Incorporating figurative references to block printing and weaving from cultures long ago, the collection brings a sense of history to modern day precious heirlooms. With a deep commitment to social causes, designer Lauren Harwell Godfrey launched her Charity Heart series in 2020, donating 100% of proceeds to personally significant nonprofit organizations.

The GEM Award for Media Excellence is given to an individual and recognizes consistent excellence in their quality of reporting on fine jewelry and watches. Among those who have received the award are fashion and accessories editors at national magazines and newspapers, reporters for news services, freelance writers who contribute to one or multiple consumer publications, and broadcast personalities who cover jewelry or watches. 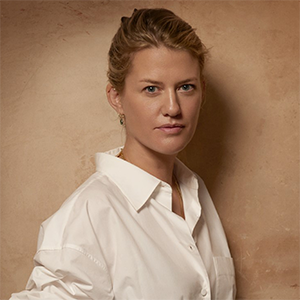 Annabel Davidson is Editor of Vanity Fair on Jewellery, a special issue published each year in the UK. She is also the Jewellery Expert or Telegraph Luxury, contributes regularly to Vogue.co.uk and has written about jewellery for British Vogue, Robb Report, The New York Times,Country & Townhouse, BA High Life and other titles.  A New Zealander by birth, she was Fashion Editor at Sunday Star Times before moving to London via New York in 2007. Annabel is one of the founders of the Jewellery Futures Fund, a not-for-profit organisation set up to combat racial inequality in the jewellery sector. She is also a jewellery partner for the Fashion Minority Alliance, and regularly works with jewellers – existing and up-and-coming – from minority backgrounds as a mentor. Annabel is also passionate about ethics and traceability in the jewellery sector, particularly artisanal mining communities. 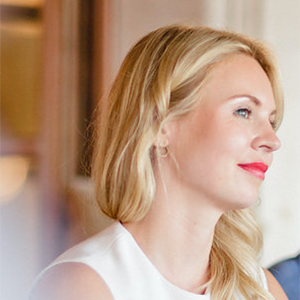 Vanity Fair Accessories Director and Vogue Jewelry Director Daisy Shaw-Ellis keeps a keen eye on the luxury goods market from New York City. Her day-to-day work is often booked with a mix of meetings with jewelers, watchmakers, designers, stylists, editors, and producers. Daisy is always in search of the most striking, advanced, unusual, and emerging jewelry and watches. She collaborates with world-renowned stylists and photographers, as well as A-list celebrities, to achieve striking and powerful imagery. Shaw-Ellis writes for Vanity Fair’s print edition, is an active part of both publications’ websites for which she ideates, writes, and edits articles; and is an annual contributor to Vanity Fair UK’s On Jewellery supplement and an eager mentor for young brands. Shaw-Ellis is driven to continue the increased incidence of jewelry and watch coverage in both publications. 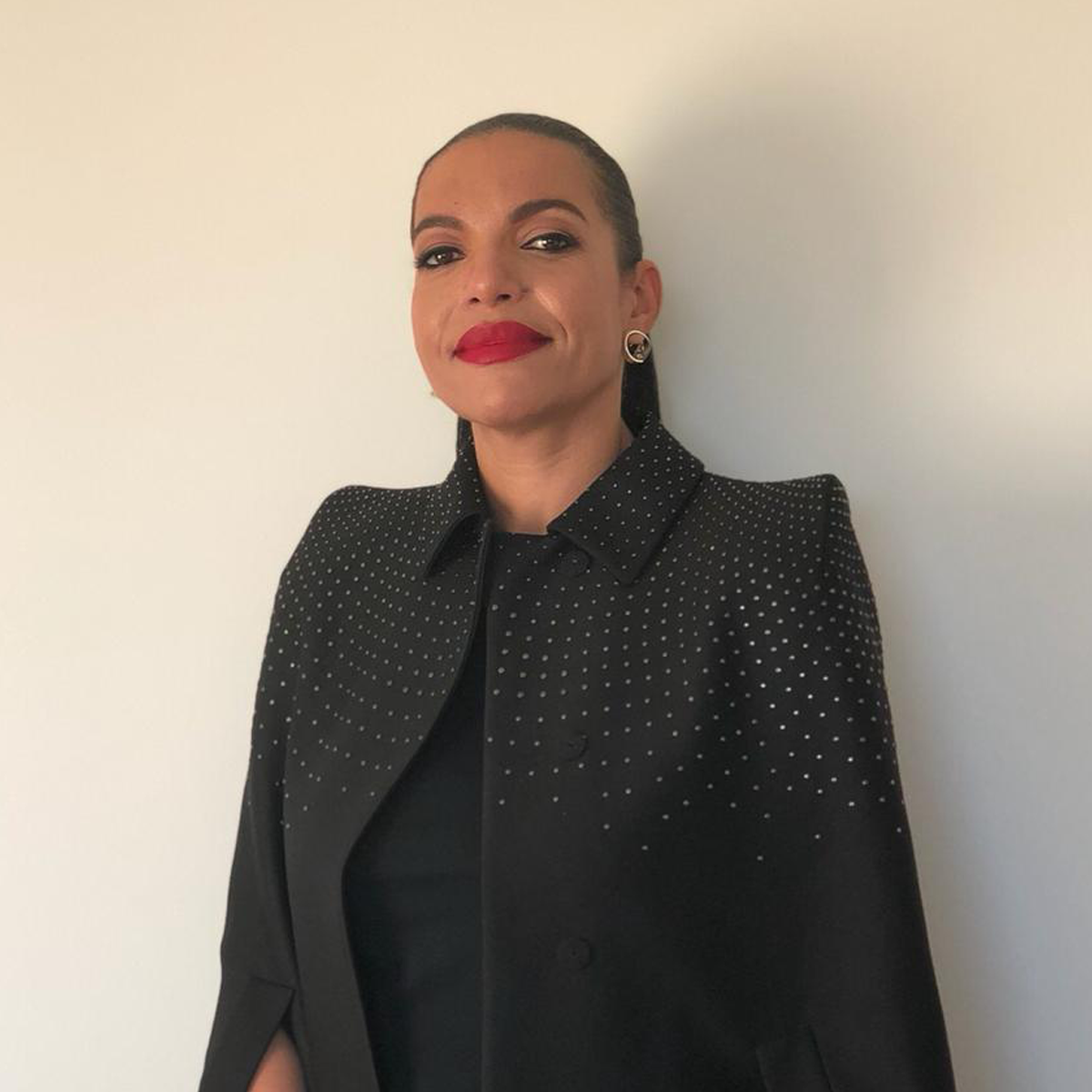 Melanie Grant has been a journalist for over 20 years having worked at The Times, The Financial Times, The Independent, The Guardian, The BBC and now The Economist where she is the Luxury Editor of 1843 Magazine, their lifestyle sister publication. Her first book on the jewel as art entitled Coveted: Art and Innovation in High Jewelry was published by Phaidon in Oct 2020 and in her spare time she gives talks at institutions such as The Science Museum, The V&A, The Gemological Institute of America, The Association of Art & Antique Dealers, Phillips, Christies and The Goldsmiths' Company on jewelry and luxury. She also writes for Vogue, Vanity Fair and Tatler and is a guest lecturer at Central Saint Martins as well as a guest crit leader at the Royal College of Art.

The GEM Award for Media Excellence is given to an individual and recognizes consistent excellence in their quality of reporting on fine jewelry and watches. Among those who have received the award are fashion and accessories editors at national magazines and newspapers, reporters for news services, freelance writers who contributeto one or multiple consumer publications, and broadcast personalites who cover jewelry or watches.

Marissa Collections owes its success to staying true to the original goal...commitment to helping clients develop their individual style through personalized service and extraordinary selection. Marissa Collections began in 1975 with a storefront boutique of hand selected items including clothing, jewelry, accessories and shoes which Marissa personally styled for each individual. The instant success among the small community on the Gulf of Mexico has continued over the years, emerging into a 10,000 square foot location in the Third Street South shopping district of Old Naples. Marissa Collections was destined to evolve and expanded to our second location at The Royal Poinciana Plaza in Palm Beach. 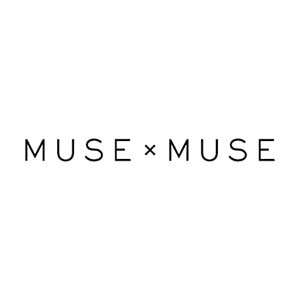 MUSE contains multitudes: a world-renowned fine jewelry showroom, an intimate retail shop in New York’s West Village that frequently moonlights as an event space for high-profile tastemakers, a state-of-the-art shoppable jewelry catalog, a robust Instagram presence with over 80,000 followers, and a charming charitable initiative called Have A Heart. While each facet of the MUSE universe adds value, together they have redefined the art of shaping emerging fine jewelry talent such as Bea Bongiasca, Jenna Blake, Nikos Koulis, and Silvia Furmanovich into established and highly sought-after brands. Founder and CEO Jennifer Shanker established MUSE in 1999 and her discerning taste and sharp eye have made MUSE a destination for magazine editors, social media influencers and elite private clients on the hunt for the next big things. 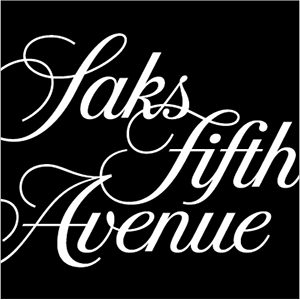 Saks Fifth Avenue is a premier destination for luxury fashion, driven by a mission to help customers express themselves through relevant and inspiring style. Since 1924, it has delivered one-of-a-kind shopping experiences, featuring an expertly curated assortment of fashion and highly personalized customer service. Saks Fifth Avenue’s unique approach combines an emphasis on the digital customer experience with a strong connection to a network of 41 extraordinary stores across North America for seamless, all-channel shopping. In 2019, Saks created the ultimate luxury destination for high fine jewelry and watches in New York City through the creation of The Vault and it continues to deliver one-of-a-kind experiences, creating personal connections with customers and transforming the way they shop for these valuable and lifelong pieces.