The Pearl Revolution | Top Pearl Styles Based On Your Mood

How History And Fashion Influence How We Wear Our Pearls

Throughout history, pearls have represented status, currency, commitment, and even magical lore. The one thing that has remained consistent over the years is the unwavering beauty of pearls and their need to be worn. 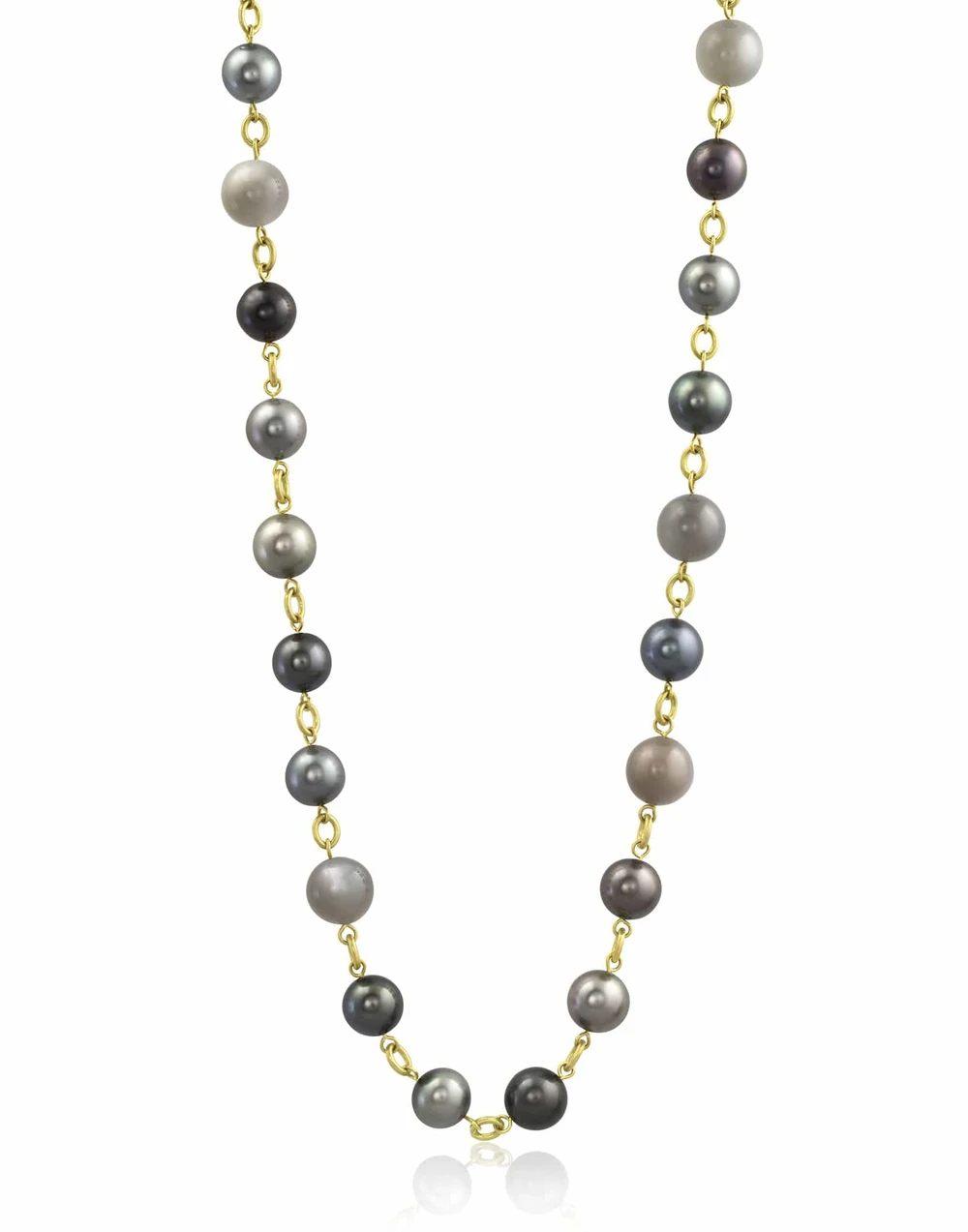 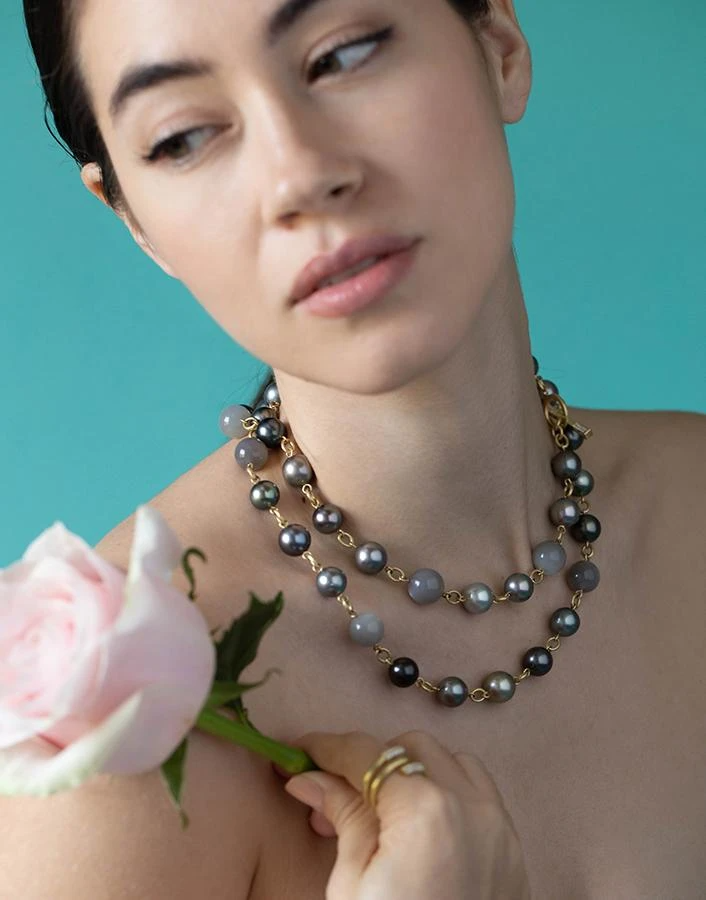 Pearls, one of nature's oldest wonders, were most likely discovered while humans searched for food along the Japanese and Indian shorelines. In comparison, freshwater pearls were discovered in Chinese rivers and ponds. Because of their innate beauty and unique glow, pearls were highly coveted, becoming a sign of wealth and privilege, love and devotion, and even a cure to mental and physical ailments.

Natural pearls form inside mollusks of saltwater oysters and freshwater mussels. If a foreign irritate evades the organism, it will protect itself by covering the parasite or piece of shell with layers of nacre, functioning as a nucleus of the mollusk. Over time, additional layers continue to be applied, and the nucleus grows into circular or amorphic shapes taking on the interior iridescence of the inside of the shell. 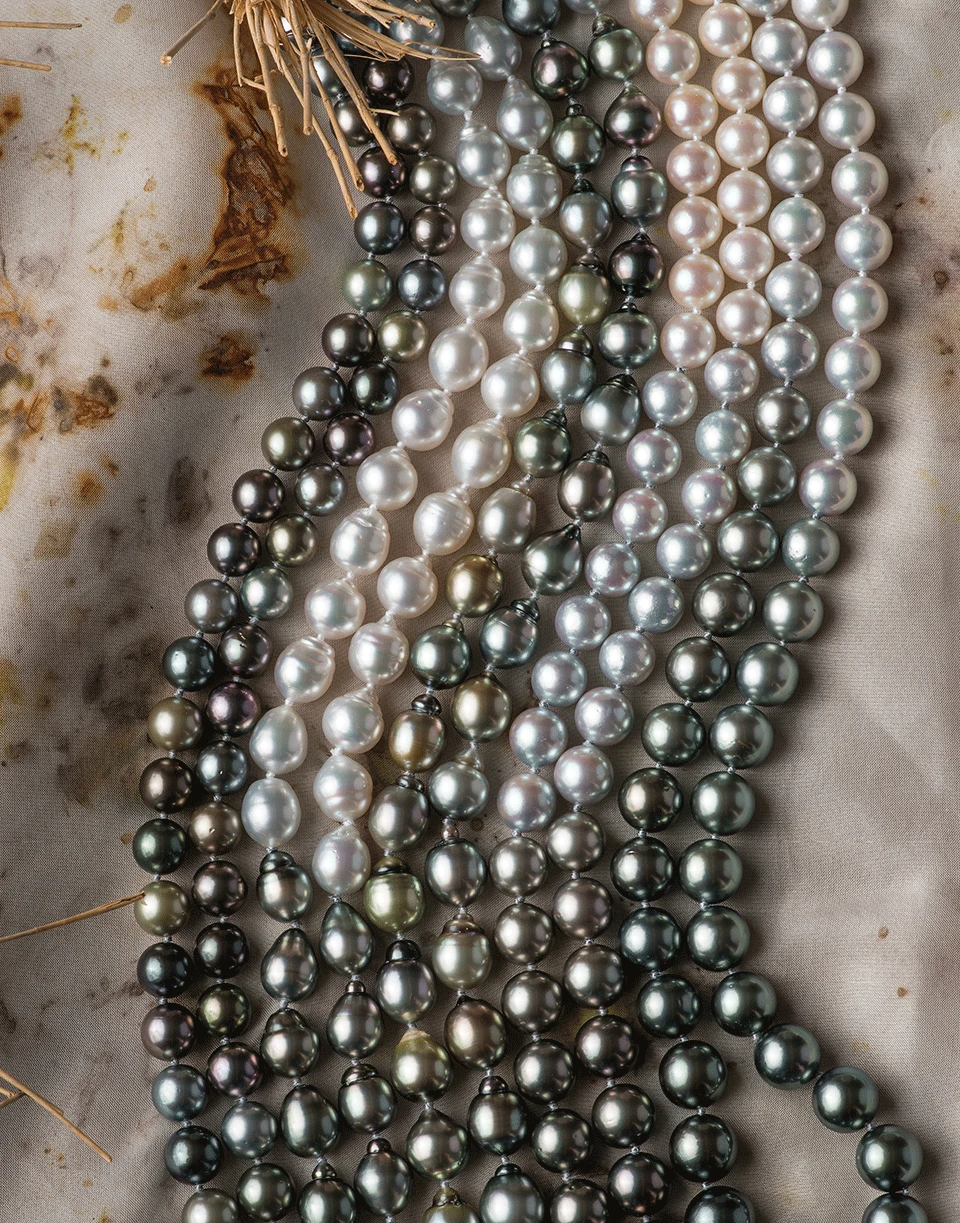 The organic gemstone's intense luster and iridescence caught the attention of the ancient civilizations. The Egyptians thought so highly of the lustrous jewel that they were often buried with them. Romans used pearls to decorate furniture, sew into clothing and bejewel their prized horses. It was custom in the Greek culture to use pearls as a sign of commitment during marriage ceremonies. During the Dark Ages, nobility adorned themselves with pearl jewelry, and knights often wore into battle to protect them from harm.

As Europeans started to expand to the New World, pearls were discovered in Central America. However, by the 17th century, over farming for these the precious gemstone led to their depletion. During the 1800 and 1900s, Japanese scientists created "nucleation," the surgical implantation of a nacre producing mollusk, prompting the production of a pearl. Along with other scientists, pearl farmer Kokichi Mikimoto helped revolutionize the pearl industry by inserting round nuclei from U.S. mussels. This discovery became the "standard" in harvesting techniques, making beautiful pearls accessible to everyone. 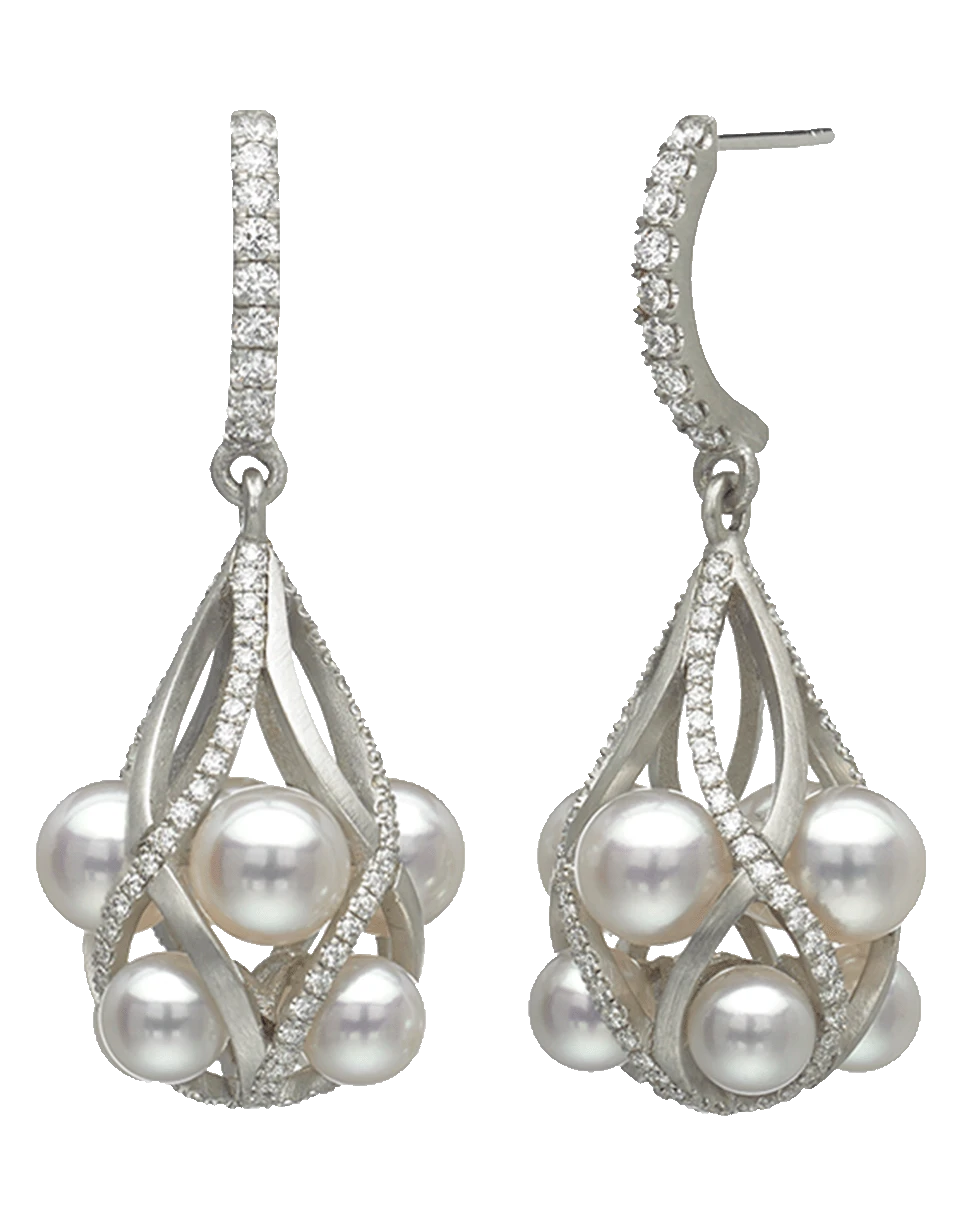 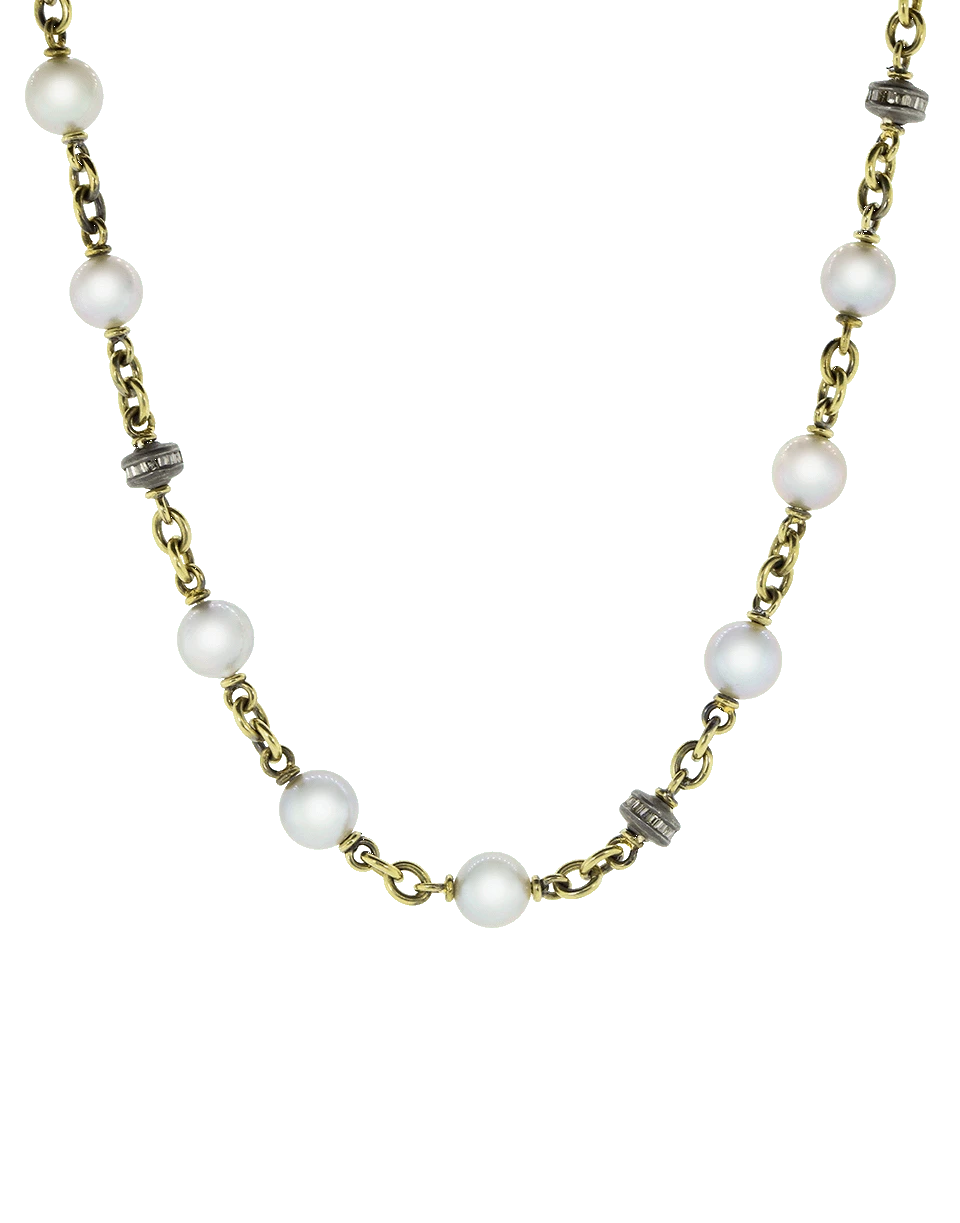 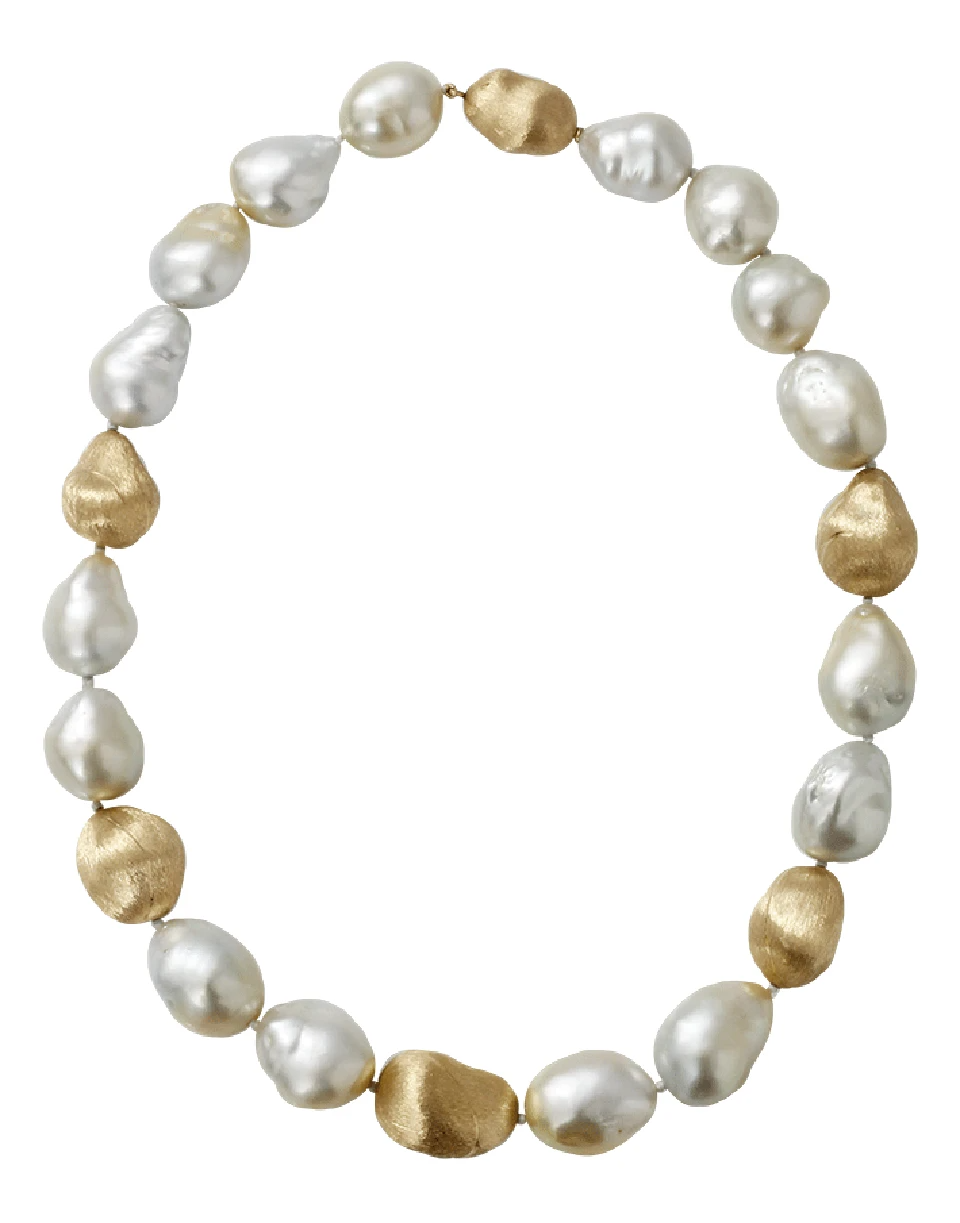 The Influence of Pearls

The famous queen of Egypt, Cleopatra, was never without her pearl earrings, and at the time, they were considered the largest in history. In proving just how valuable pearls were, she wagered a bet with Mark Anthony that she could ingest the wealth of an entire nation in one meal. She dissolved one of the pearls in a glass of wine and drank the mixture.

Perhaps the Dutch painter Johannes Vermeer was inspired by the legend of Cleopatra and her infamous pearl story. During the 17th century, he highlighted large pearl earrings in several of his paintings. Girl with a Pearl Earring was his most famous, showing a servant girl wearing a wealthy woman's earring. I like to think it foreshadowed the future of how the precious gem could be worn and accessible to everyone. 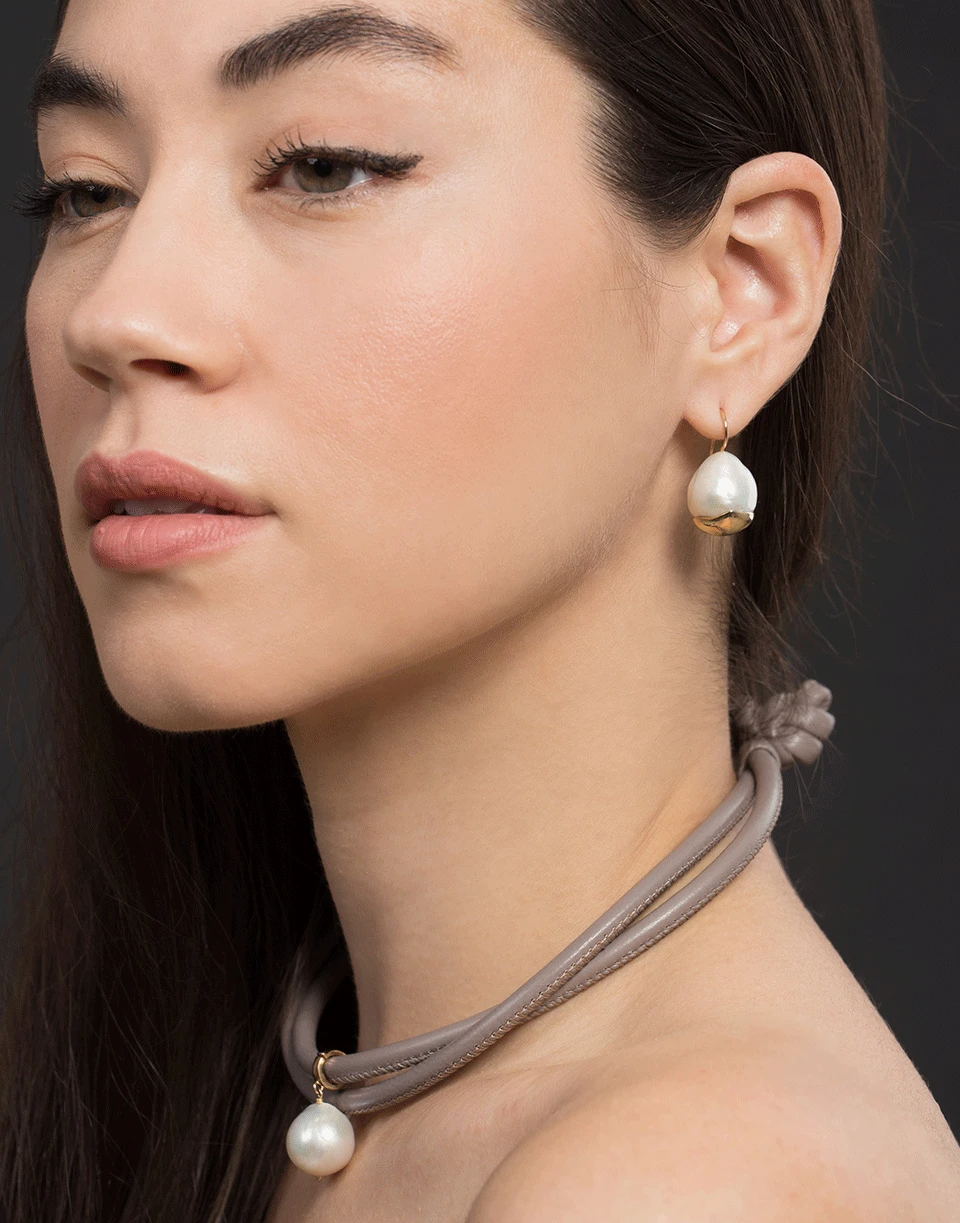 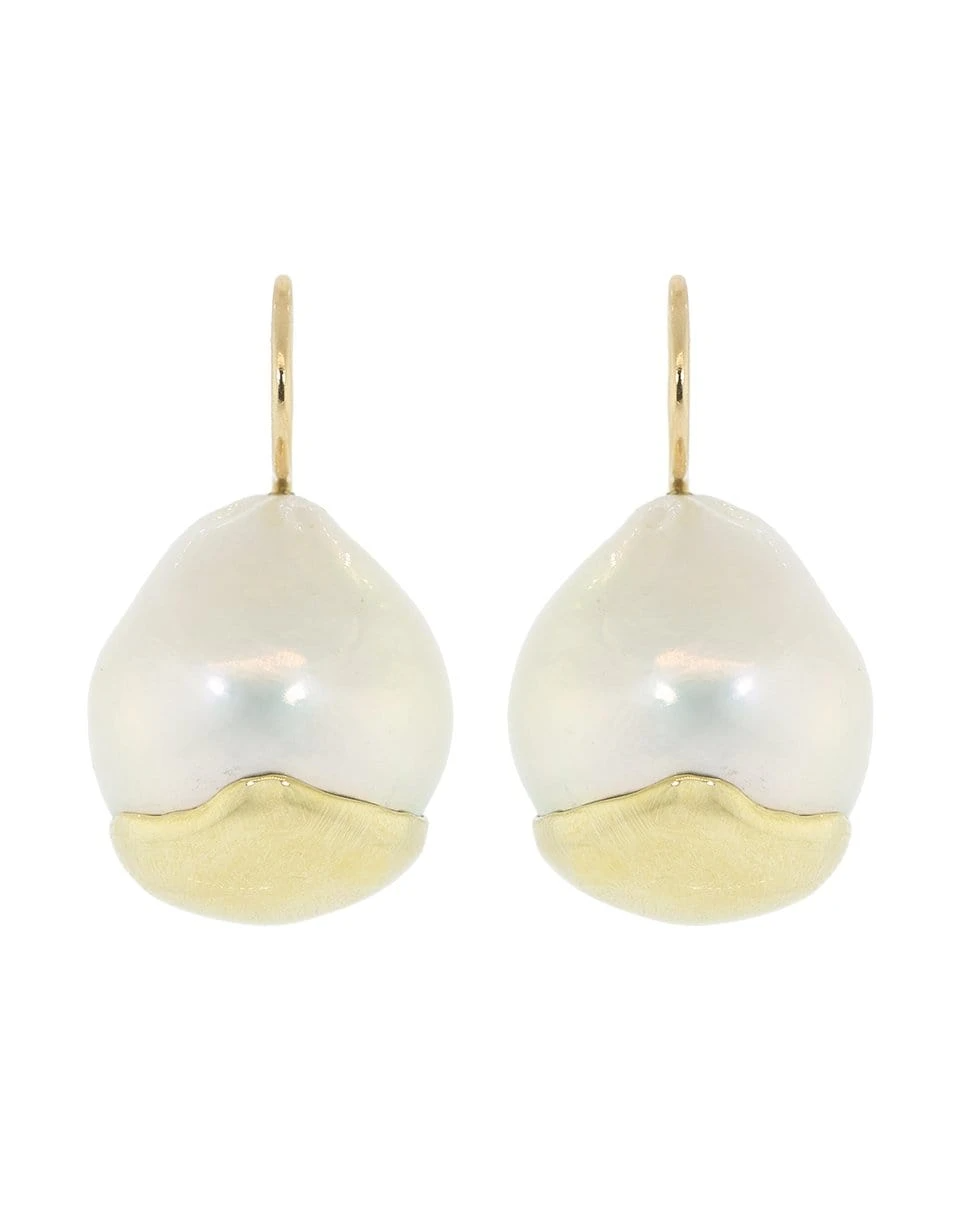 As we moved into the 20th century, pearls were a staple in woman's fashion. Whether real or faux, pearls were part of the Hollywood culture. The simple black dress was never so chic as when Audrey Hepburn paired it with an over-the-top pearl necklace in Breakfast at Tiffany's. An elegant Grace Kelly showed us how to style pearls throughout Hitchcock's Rear Window. She demonstrated how the same single pearl strand could be just as chic with a deep V-neck or high neckline. Sex and The City star and style icon Sara Jessica Parker piled on the pearls both onscreen and off. She paid tribute to Coco Chanel during a scene wearing opera length pearls with her pajamas! 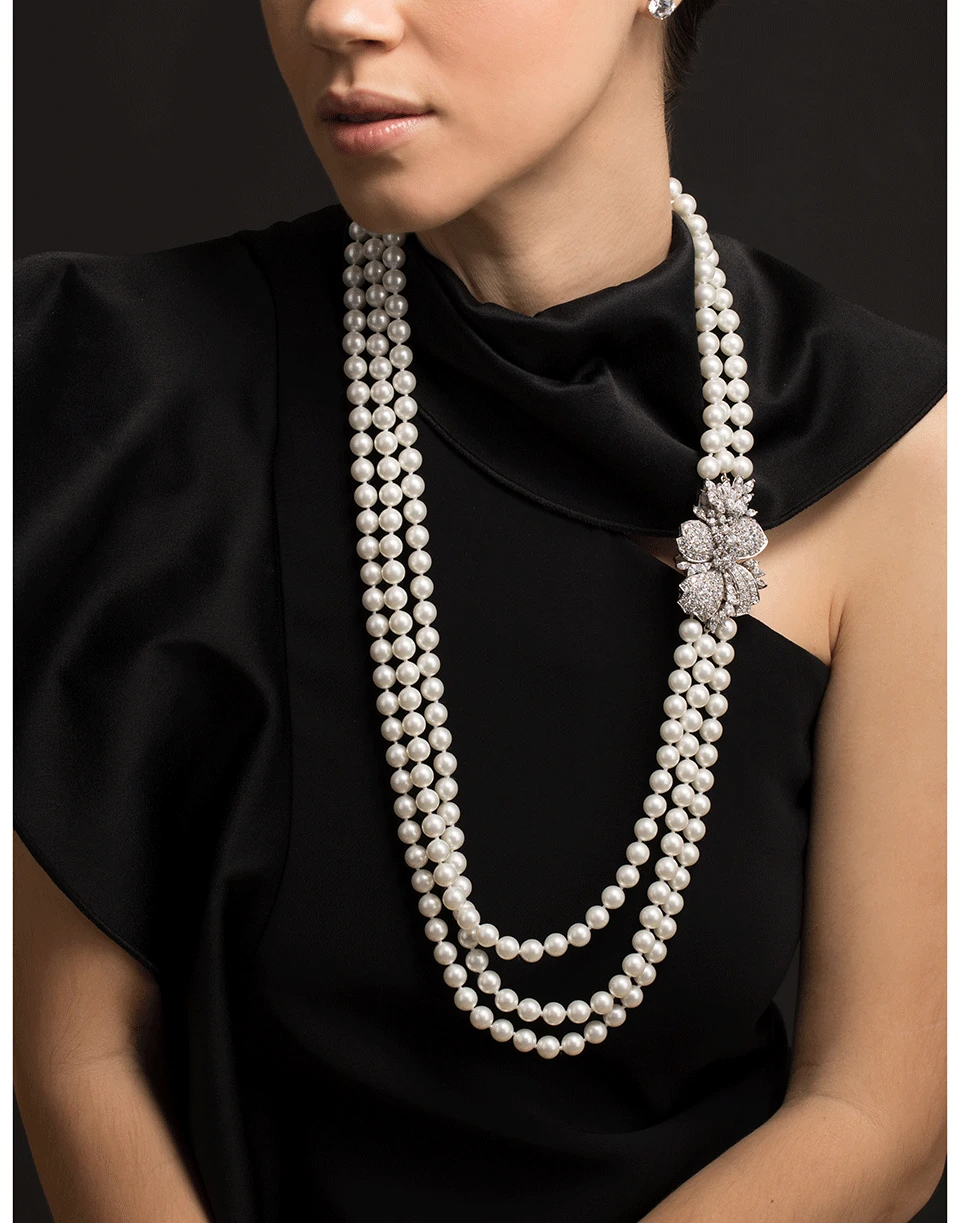 Coco Chanel's philosophy was to enjoy your pearls and to wear them all the time, no matter the occasion. Her collaboration with Verdura inspired the byzantine collection, demonstrating how pearls could be casual and worn day or night. Jackie Kennedy Onassis made the triple strand pearl necklace her signature trademark for everyday American style. Princess Diana loved a good choker, transforming her royal pearls with a personal twist. Madonna's also had a hand in creating a pearl frenzy, mixing pearls with chains to offset her bustier and fish nettops. From actors, musicians to the political elite, pearls love the spotlight and will continue to make a fashionable impression for years to come. 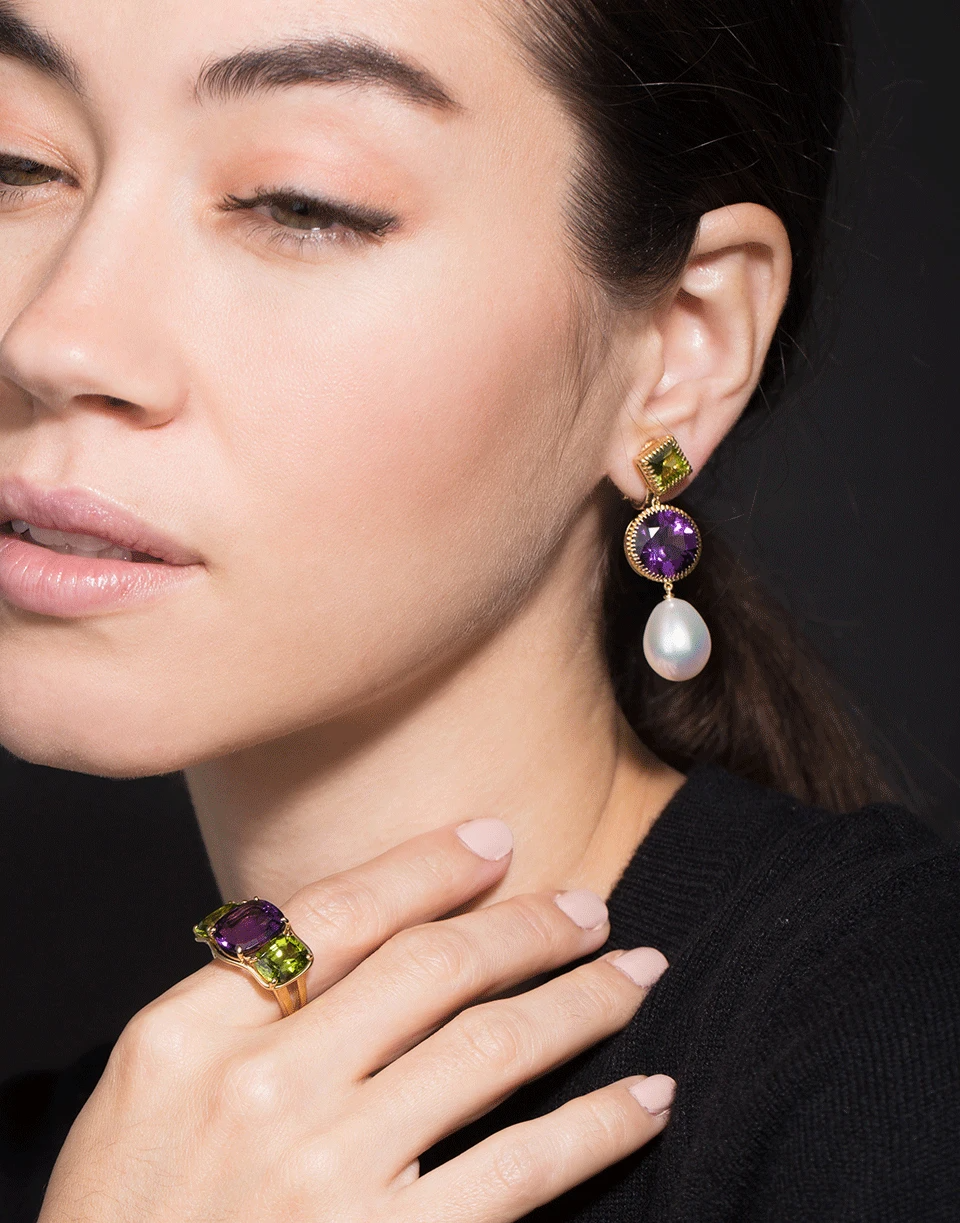 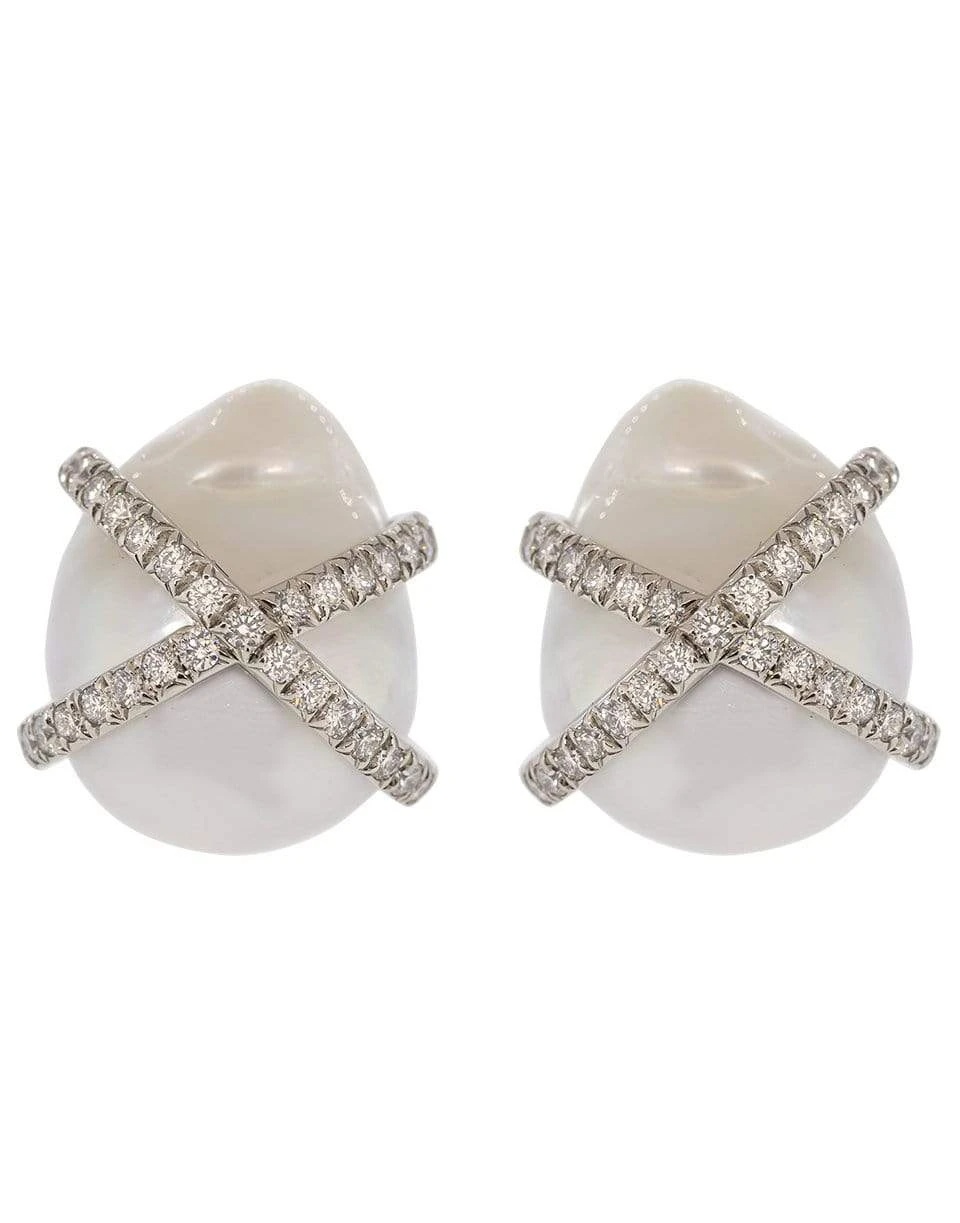 It's no surprise that the 2021 Runway, the leading barometer of fashion, is dripping with pearls. From Oscar de la Renta to Dolce Gabbana, we see extra-large pearl drops, multiple pearl strands, mixed matched earrings, and pearl accented medallions. This year, pearls are on-trend, and we love it. 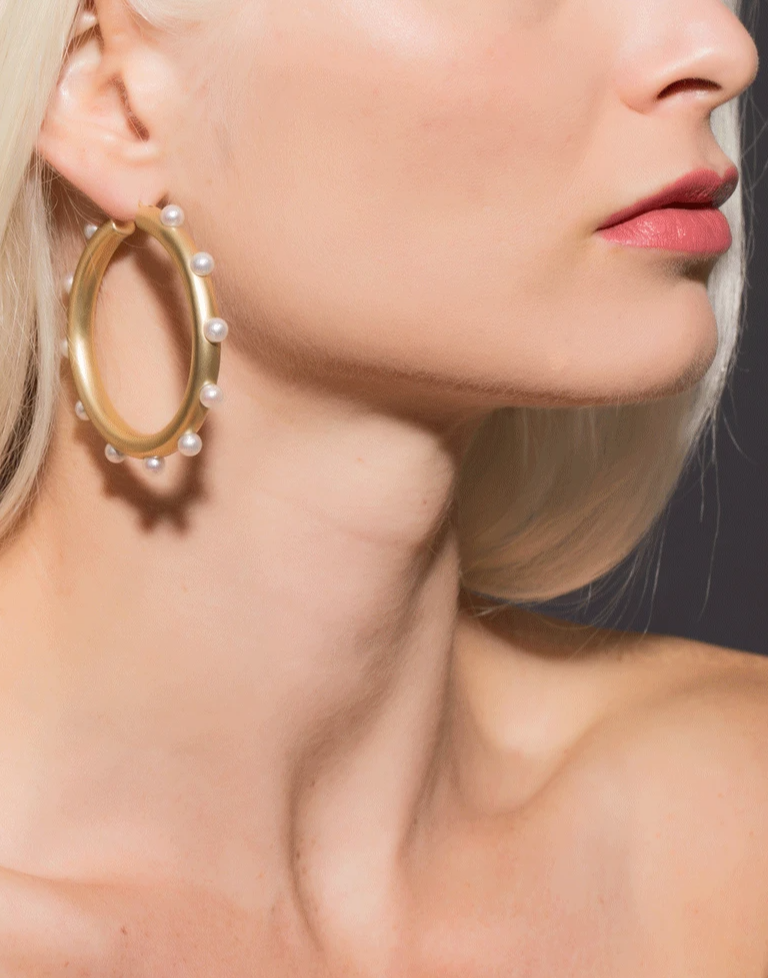 How Pearl Jewelry Defines Our Mood

There is something organic and authentic about pearls that give them such versatility. Women today understand this more than ever and choose to wear jewelry to fit their everyday lifestyle. If a woman wants to feel classic and sophisticated, she may decide to wear a simple pearl strand or pendant to highlight the neckline. If she is modern and edgy, she'll layer her pearls with chunky chain or extra long pearl stick earrings. The eclectic girl wants to mix it up with colorful beads or precious gemstones. A woman interested in symbolic meaning may choose a spiritual pearl medallion or even an engagement ring. 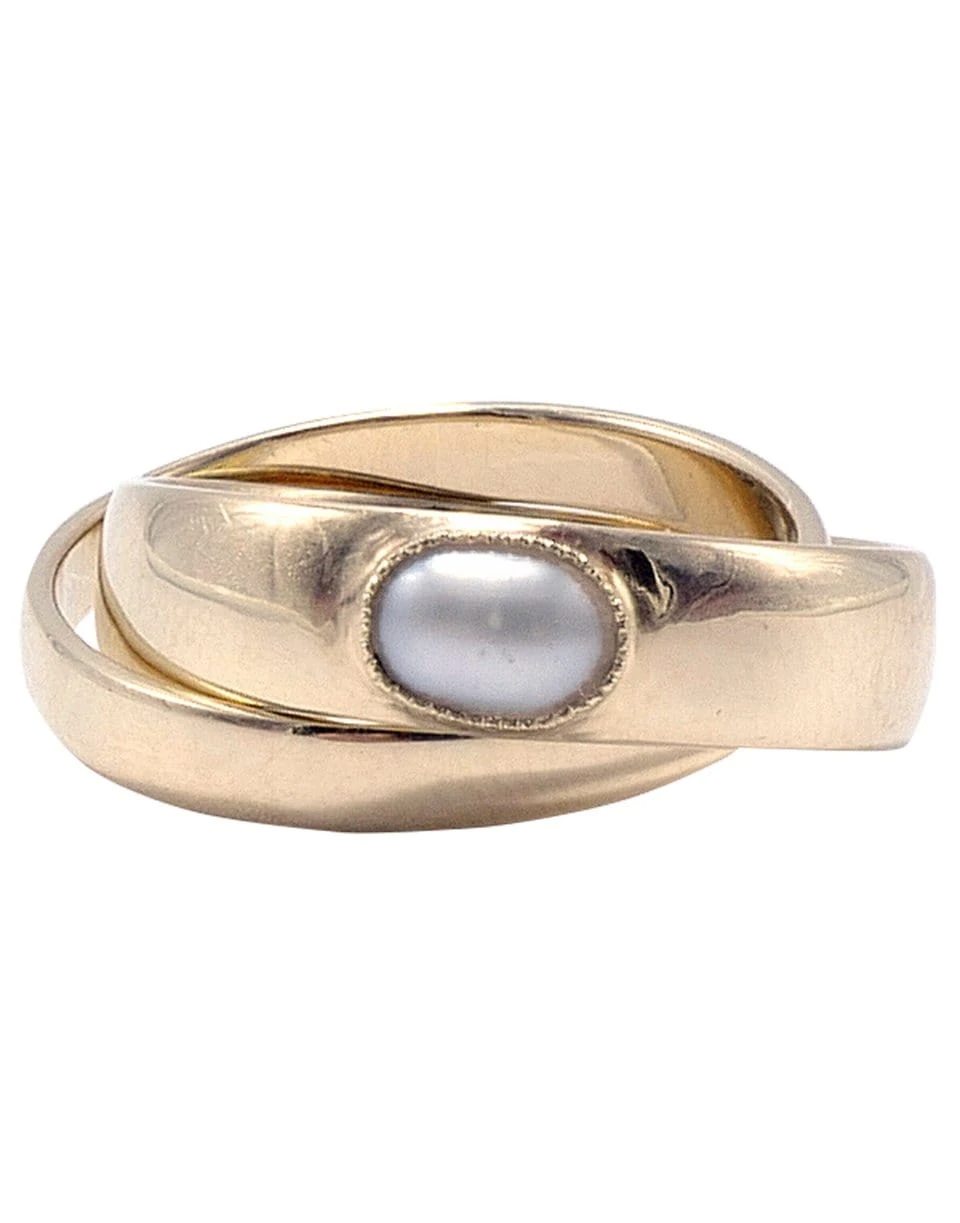 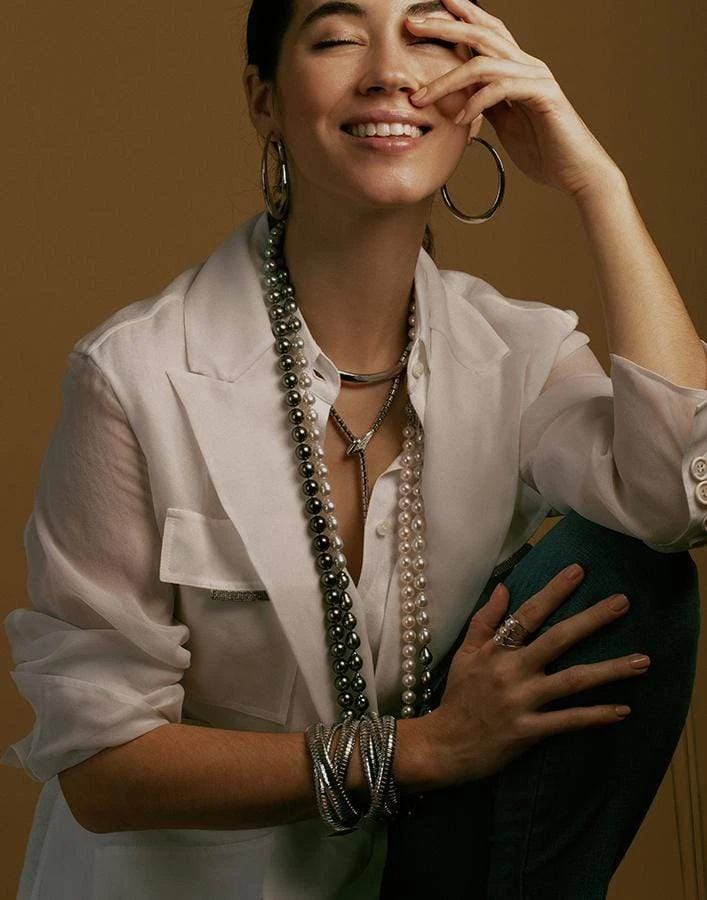 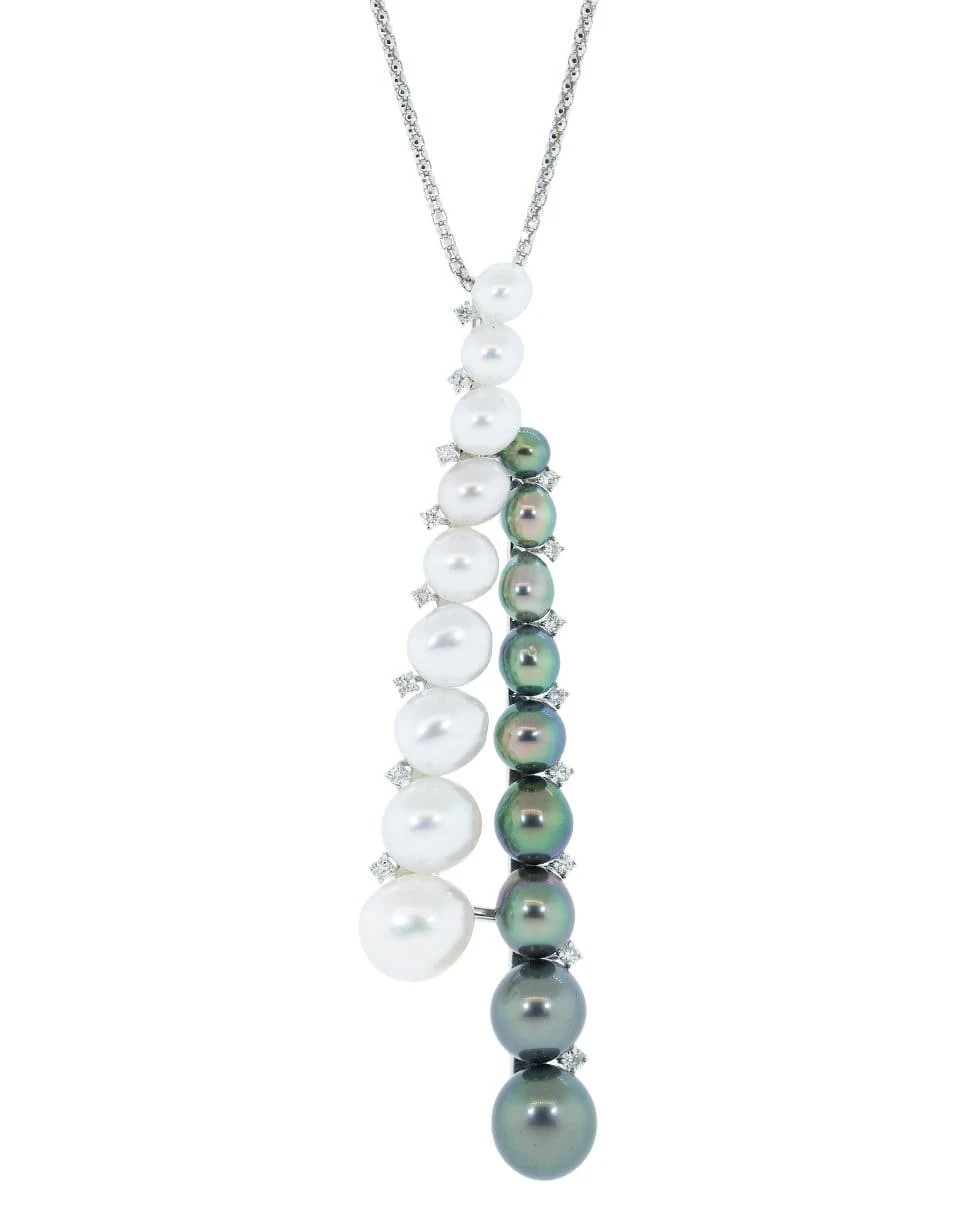 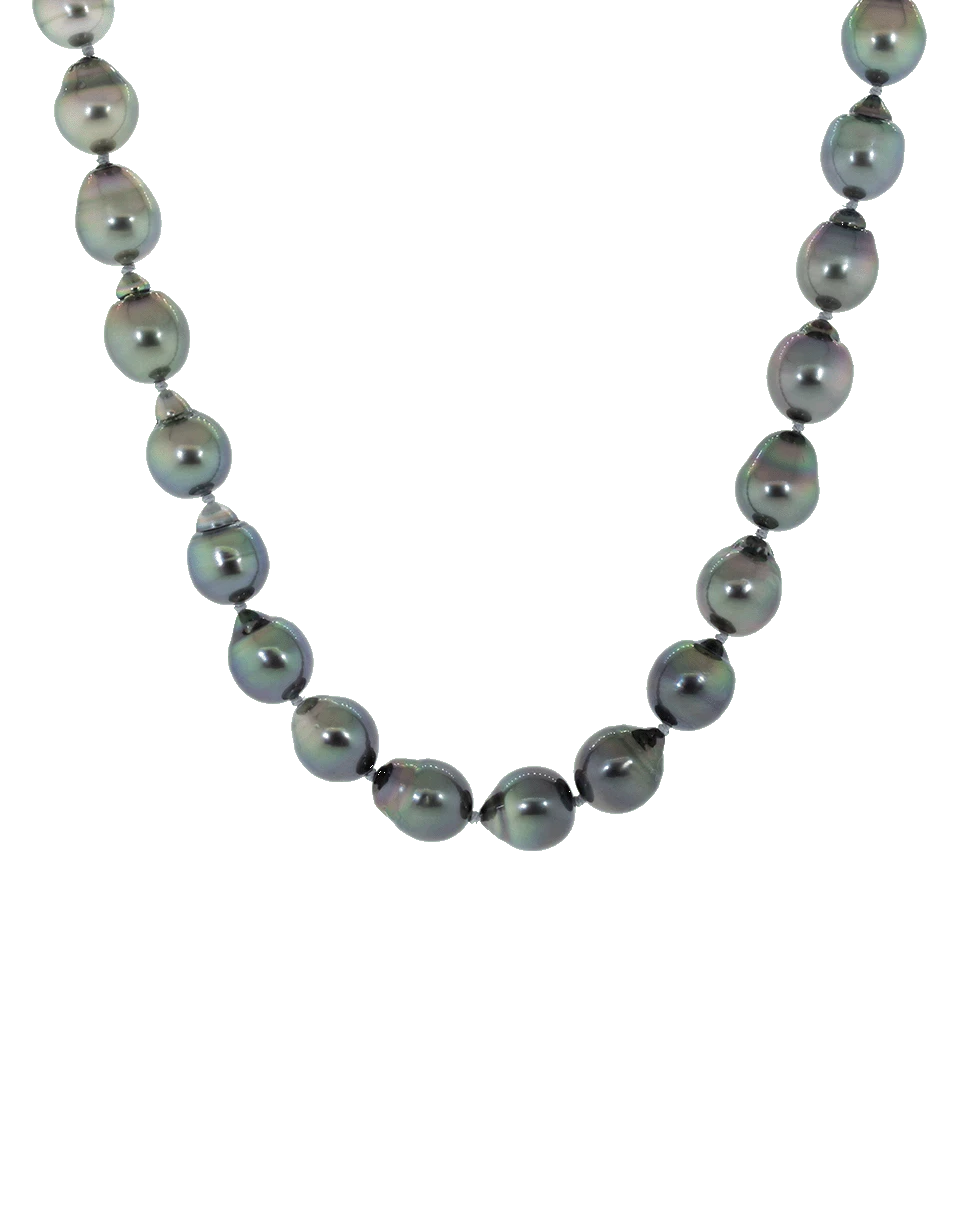 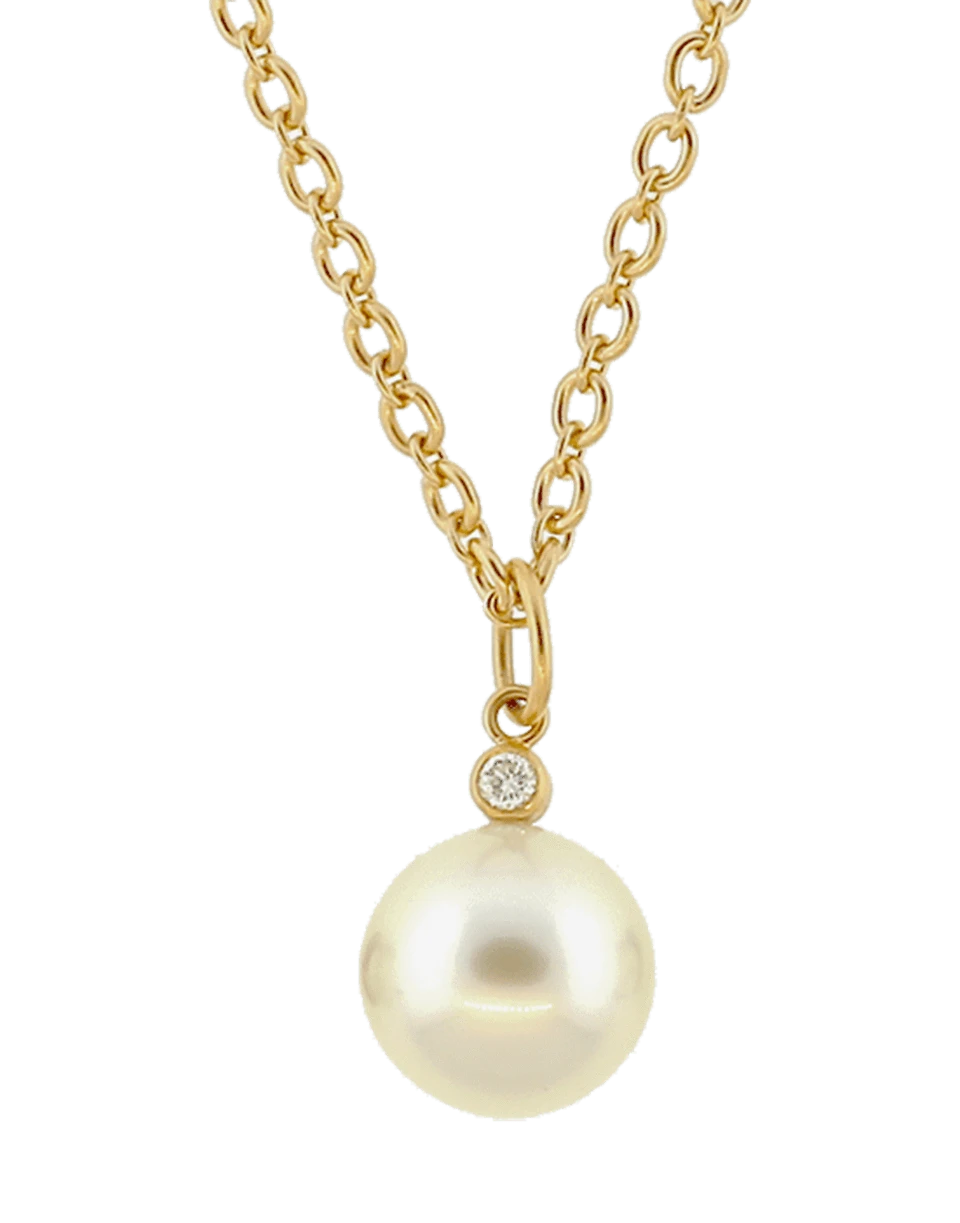 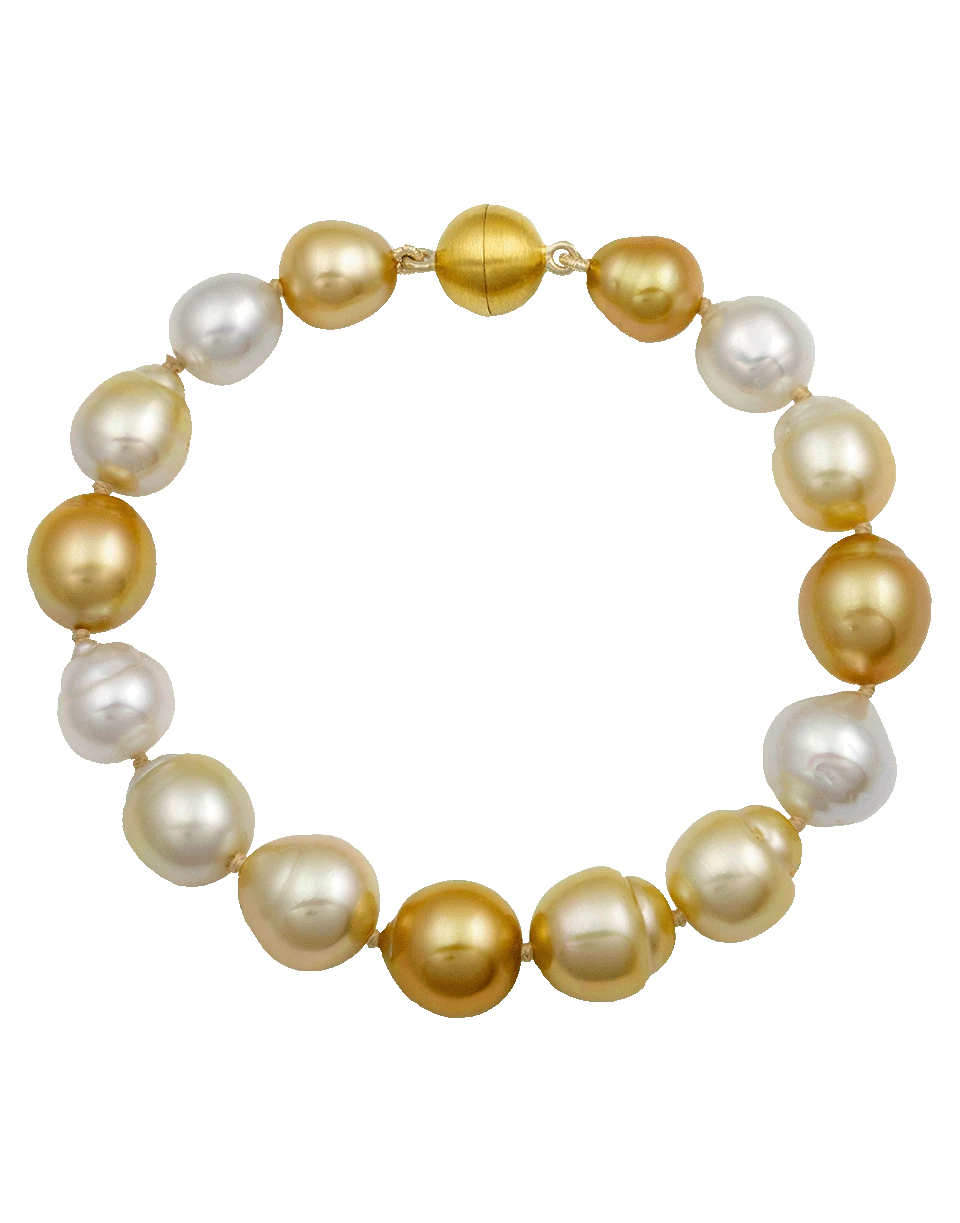 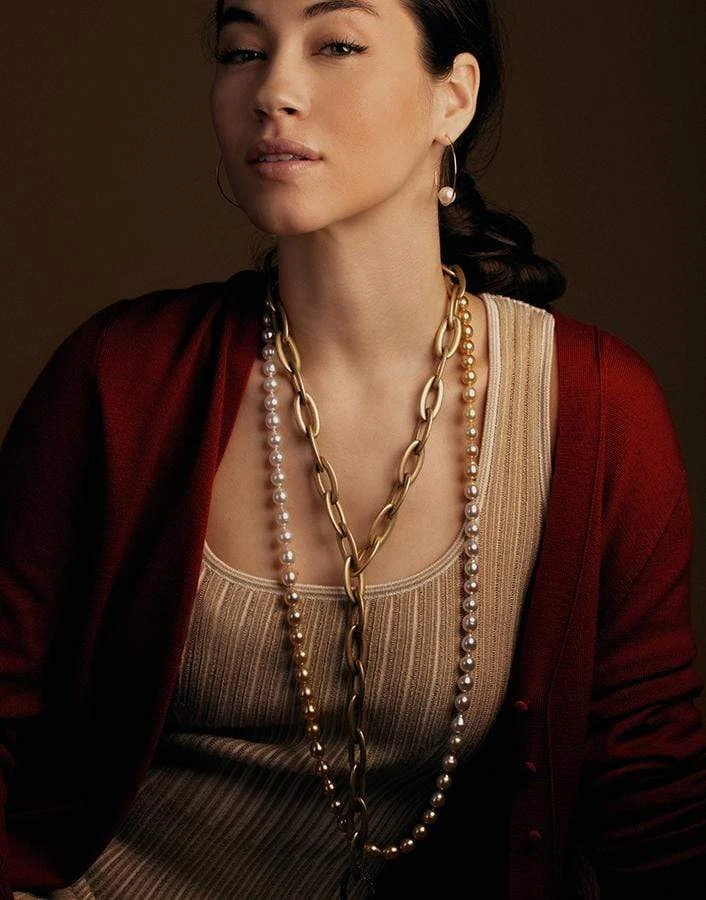 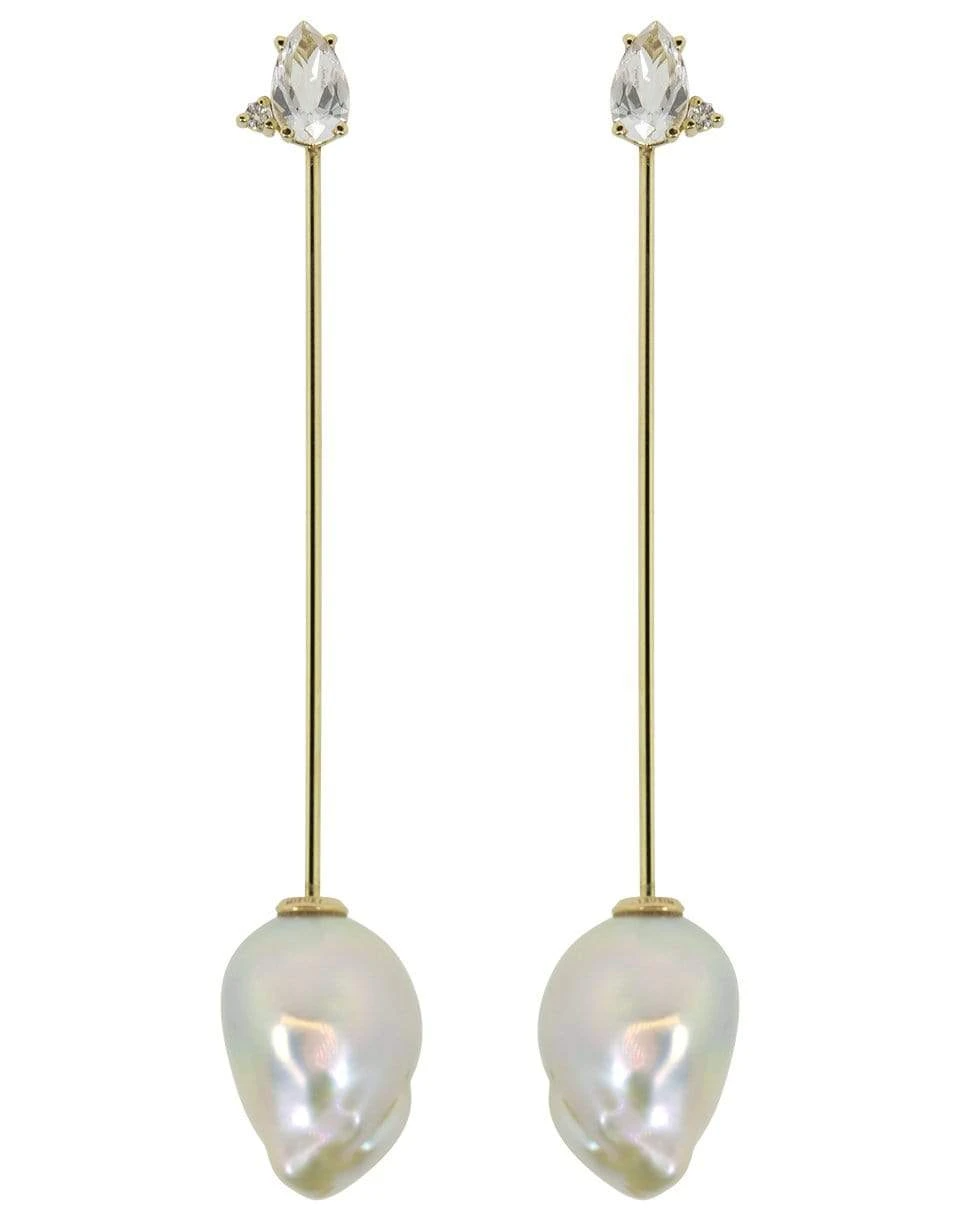 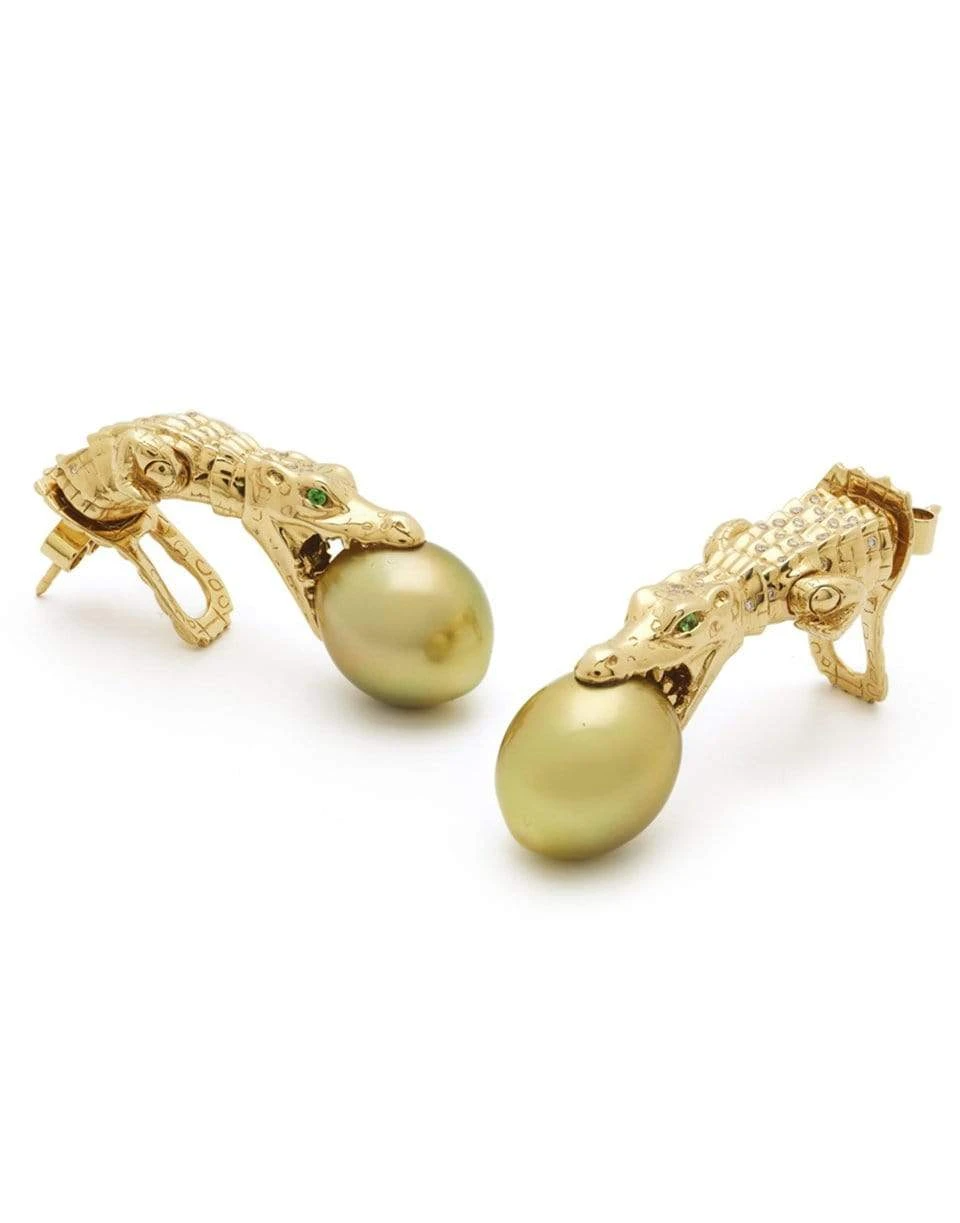 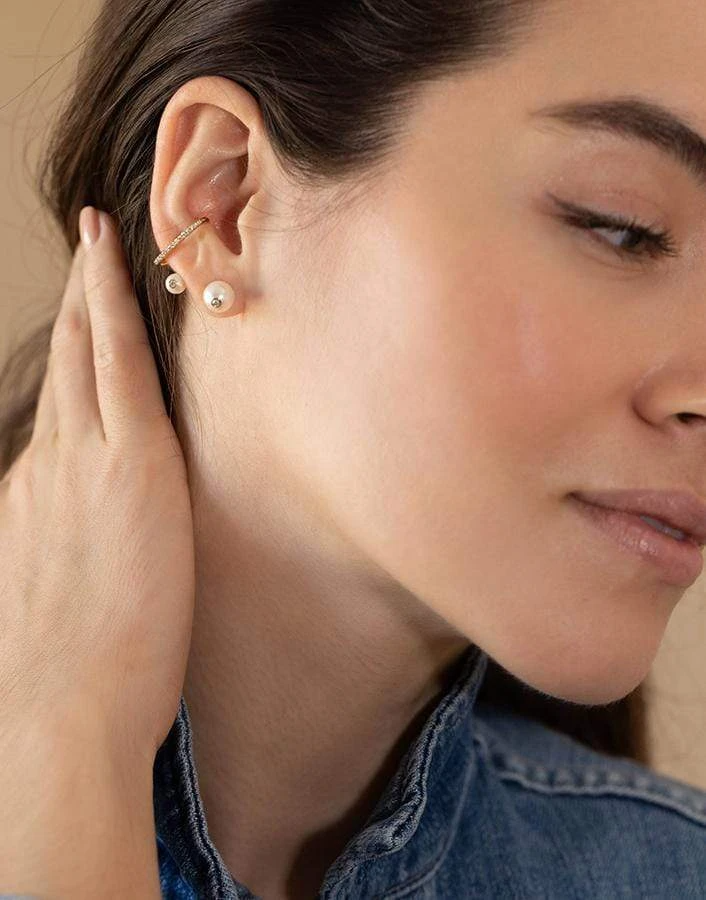 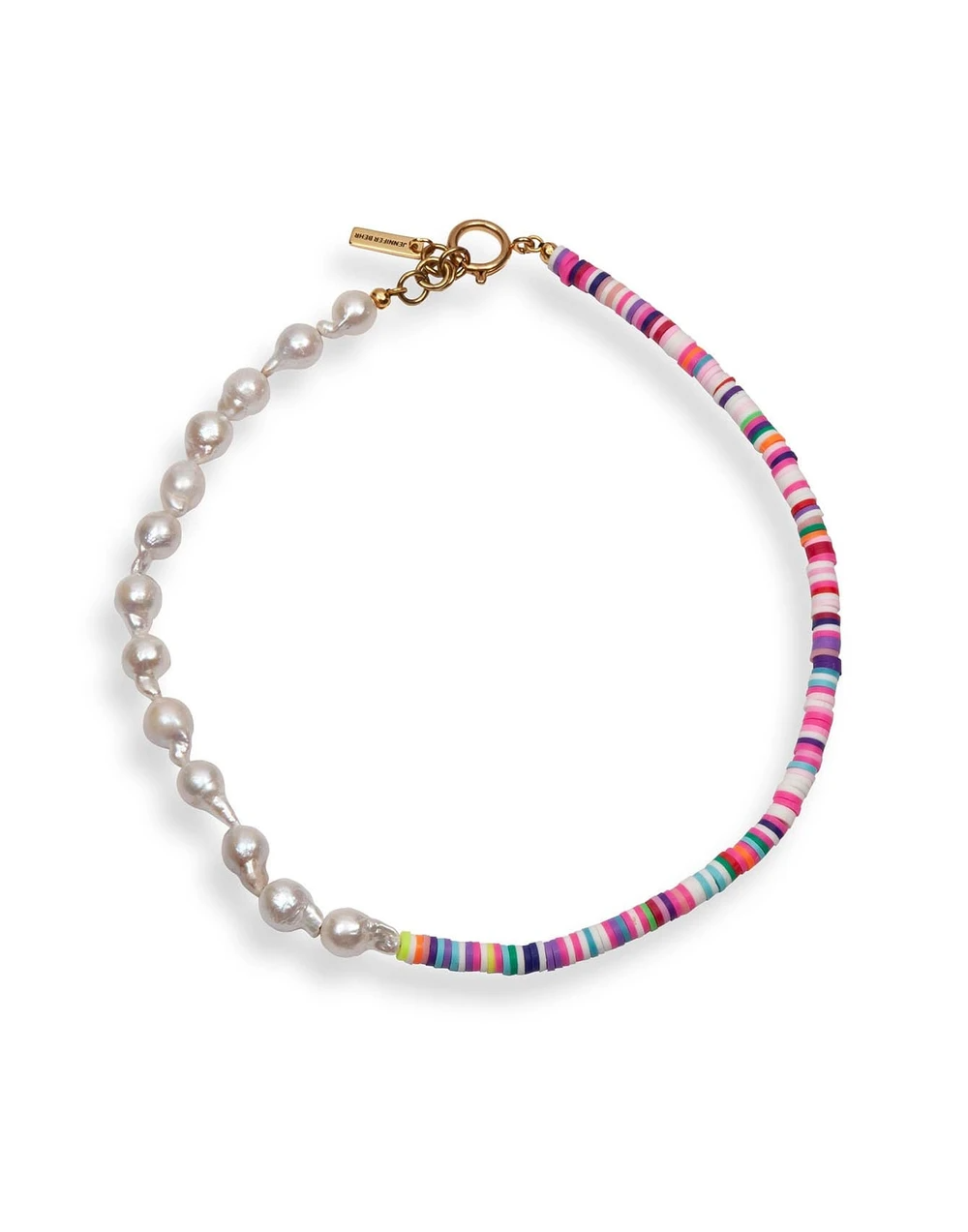 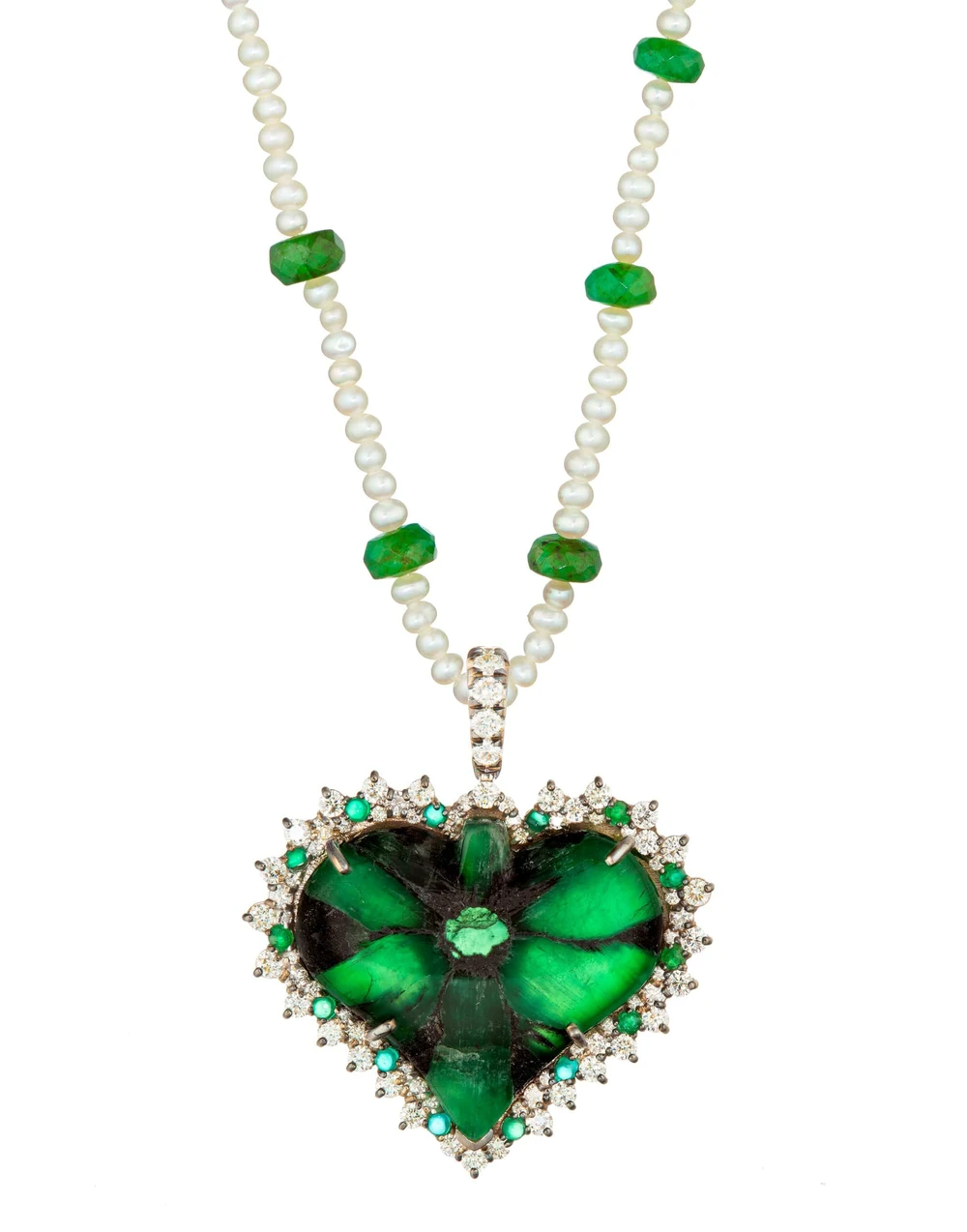 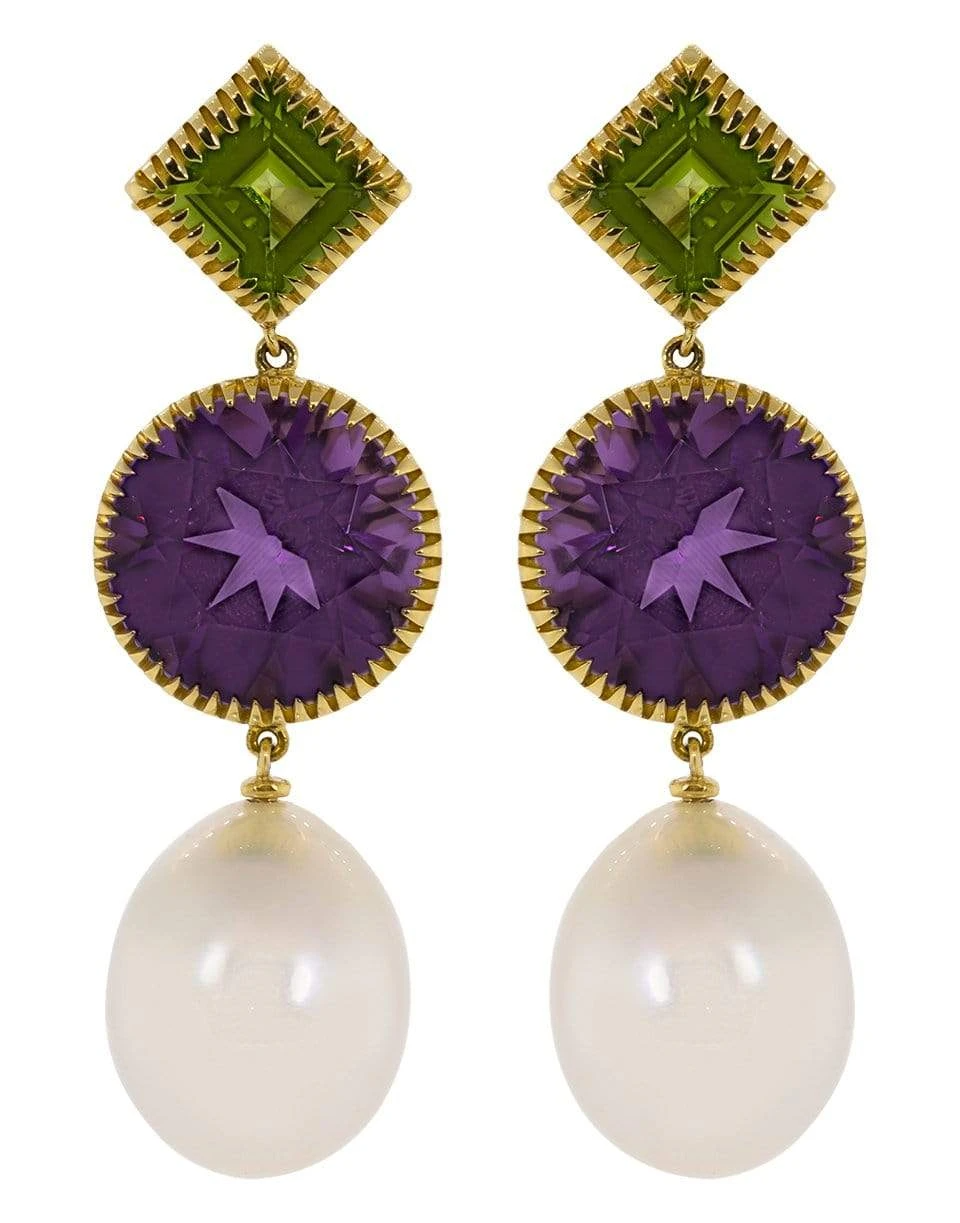 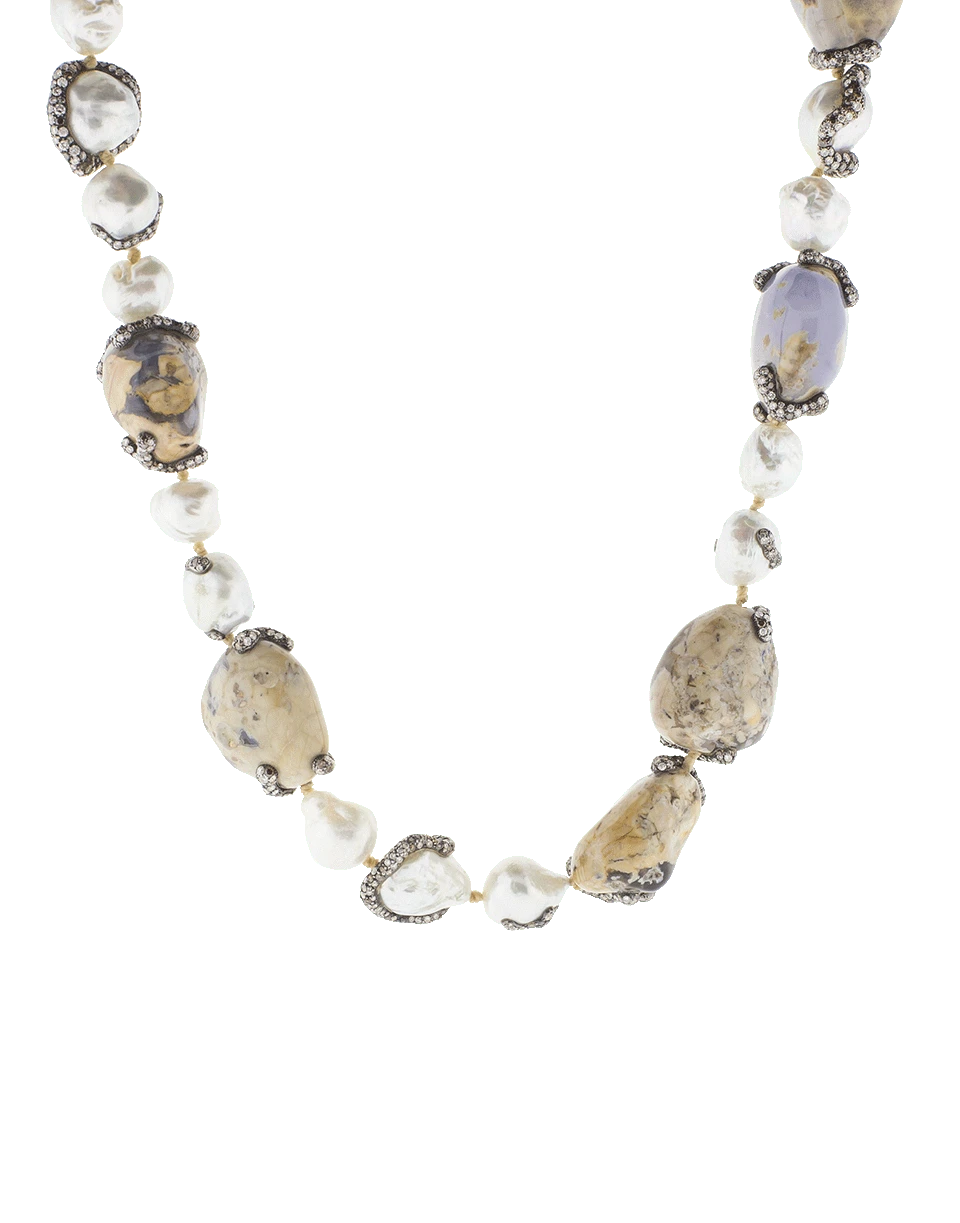 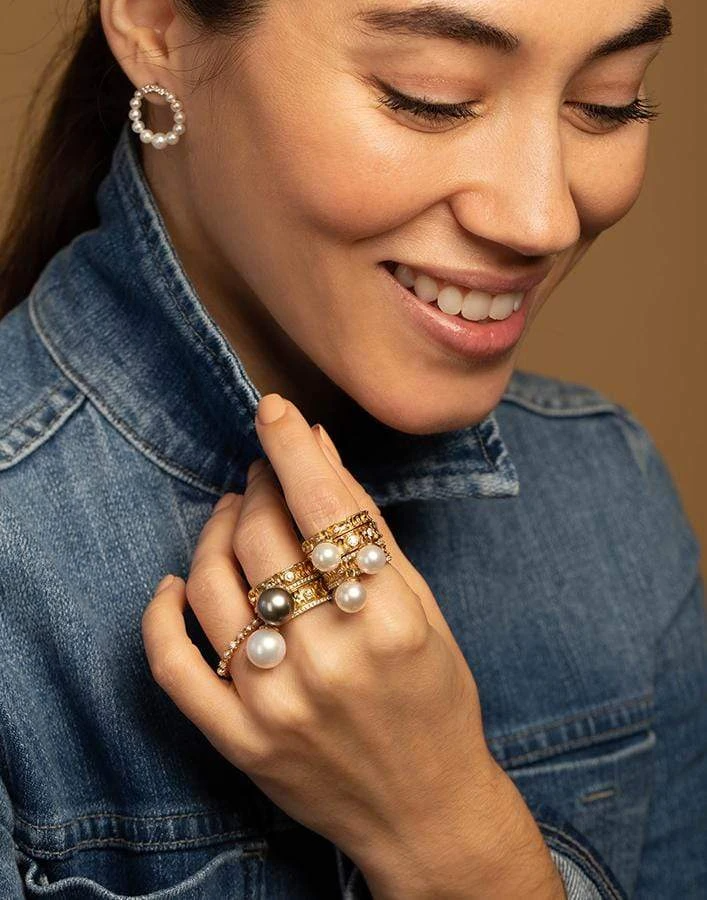 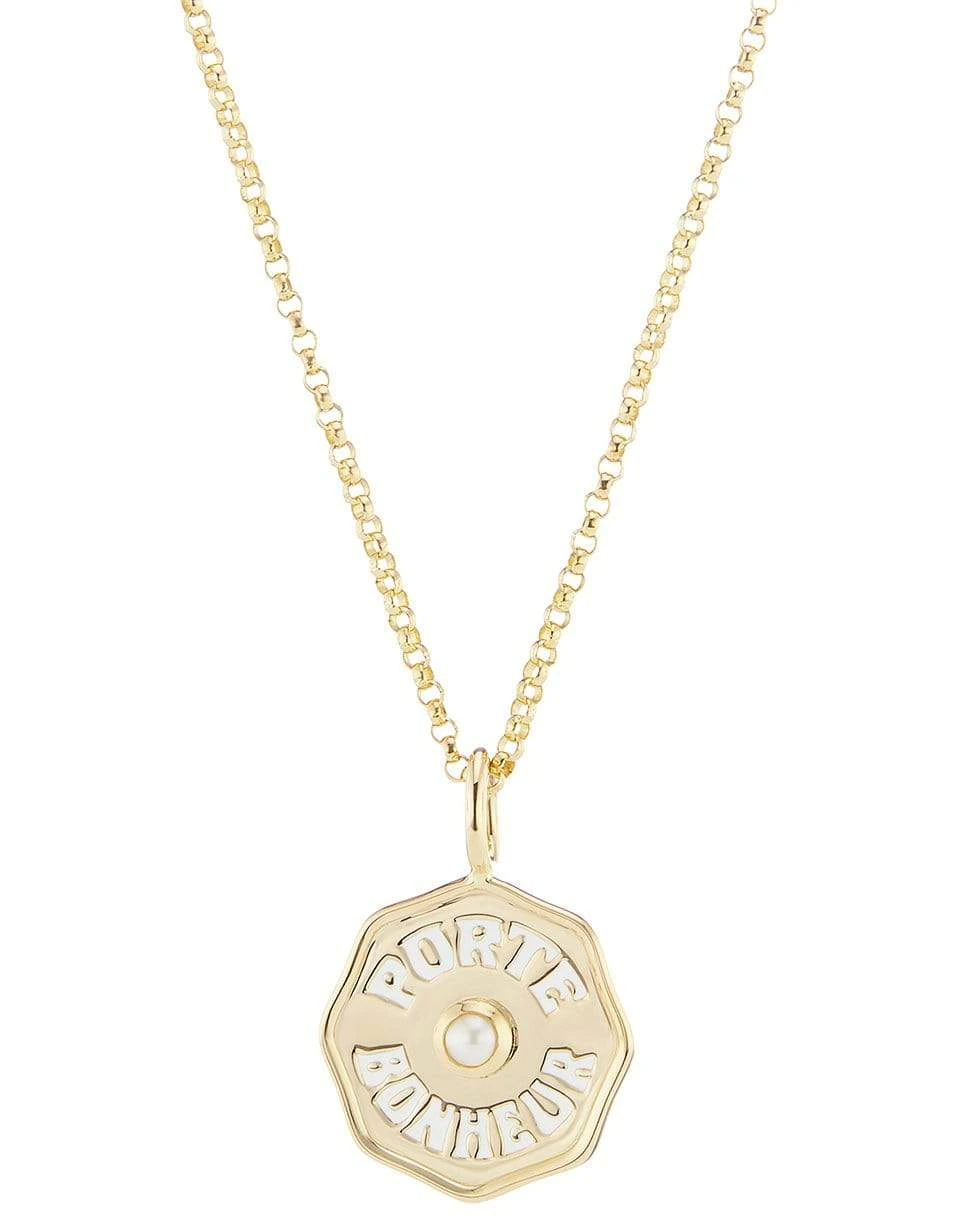 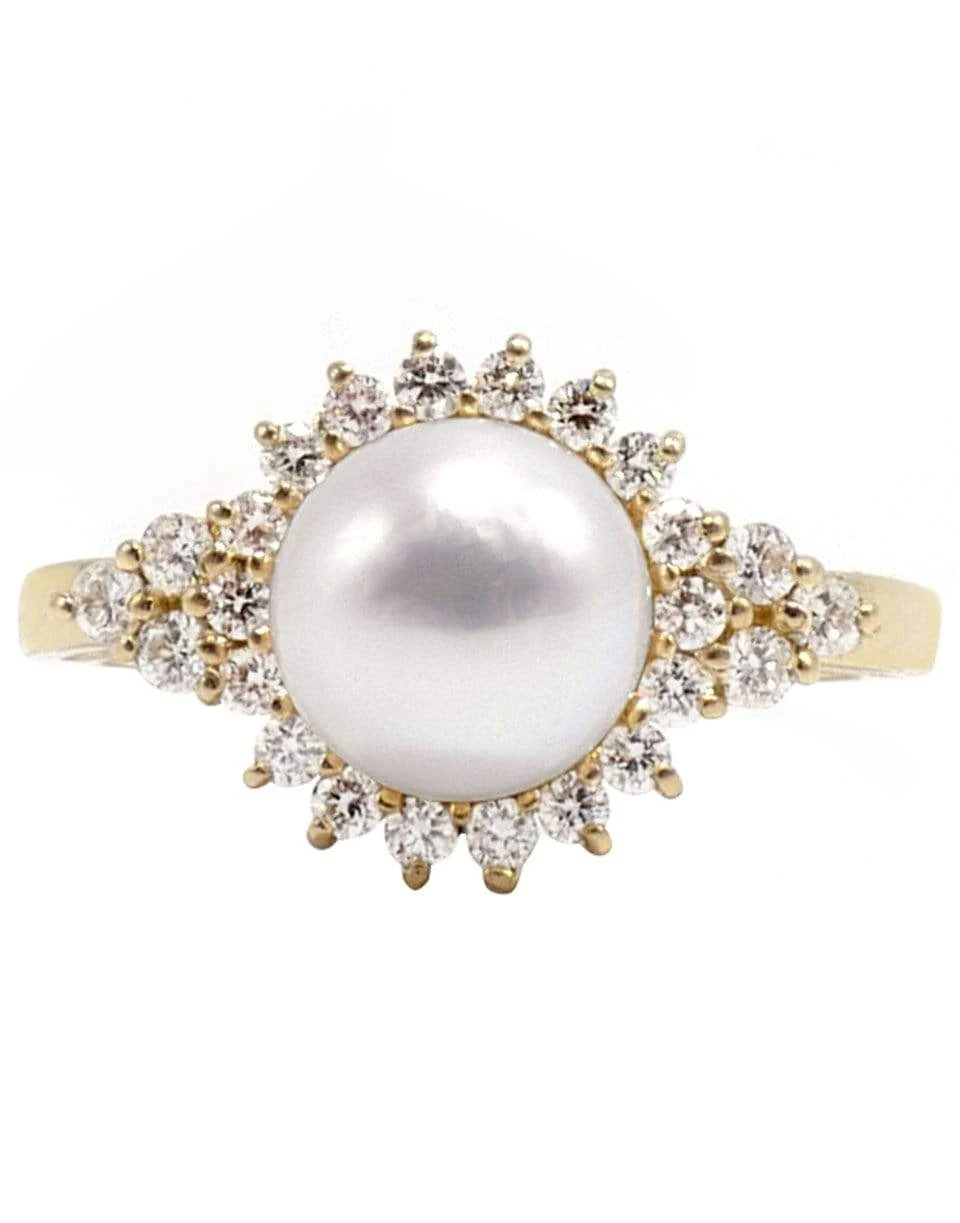 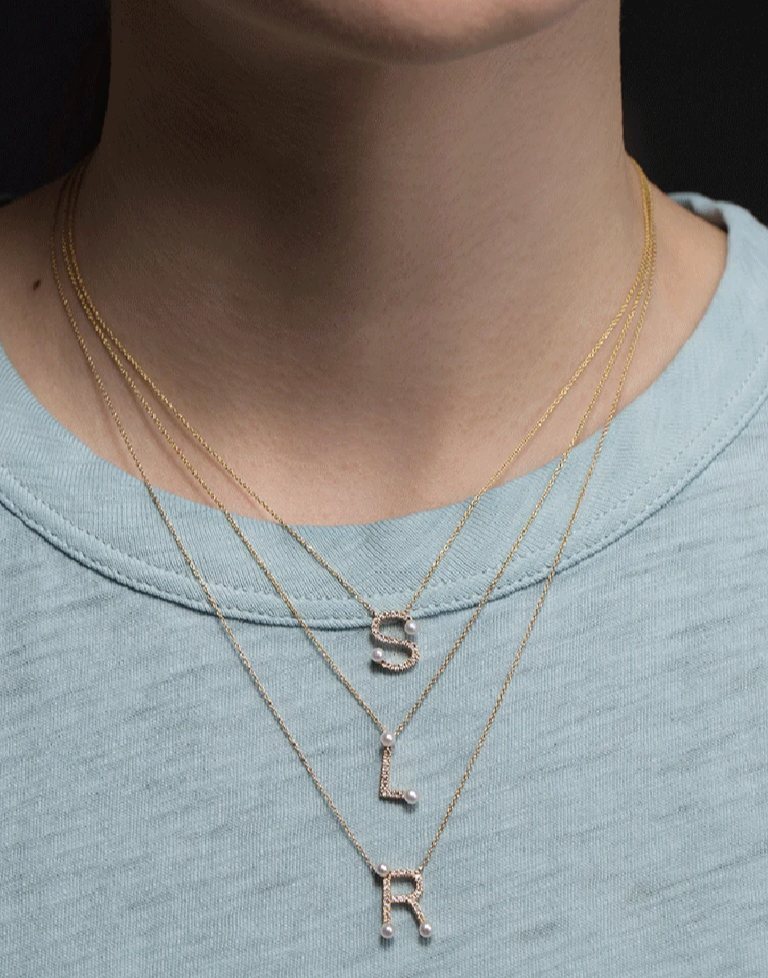