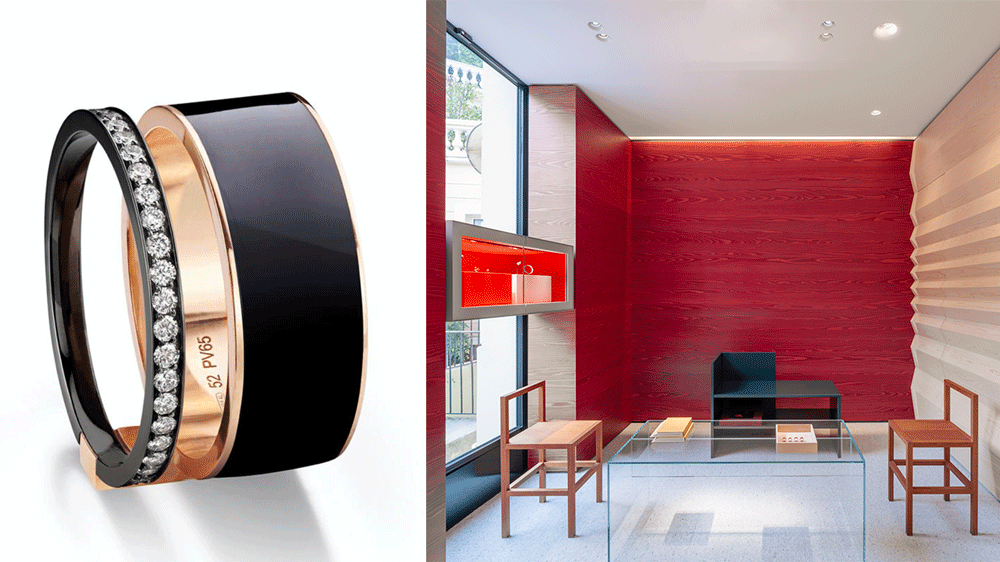 Call it a match made in minimalist heaven. Architectural designer Flavin Judd, the son of the late artist Donald Judd, has turned his eye to the new vision of jewelry house Repossi’s Monaco boutique. The store, which has called the Monte Carlo Promenade home since 1978, got a facelift that brings together both Judd and Repossi’s shared aesthetic of clean continuous lines and systems of repetition—a style that Judd’s father was also famous for embracing. But Flavin Judd isn’t the first designer to lay his hands on a Repossi flagship. Just five years ago, Repossi’s creative director, Gaia Repossi, had commissioned architect Rem Koolhaas, who famously designed Prada’s legendary Soho boutique in New York City, to re-envision the house’s store on Paris’s Place Vendôme. Like Koolhaas, Judd is also known for his modernist approach to design and he says he wanted the space to be both “warm and welcoming, but with a darker side.” 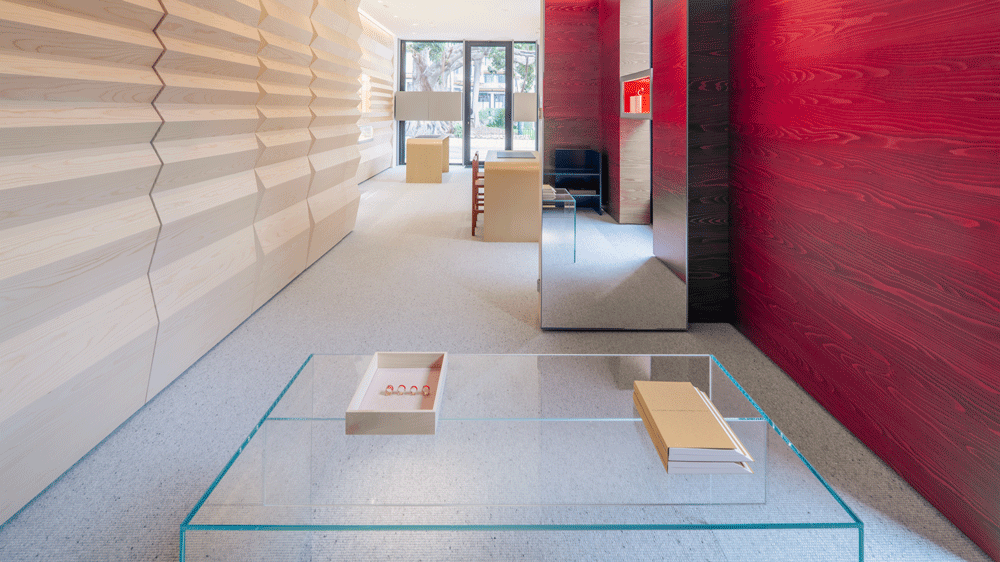 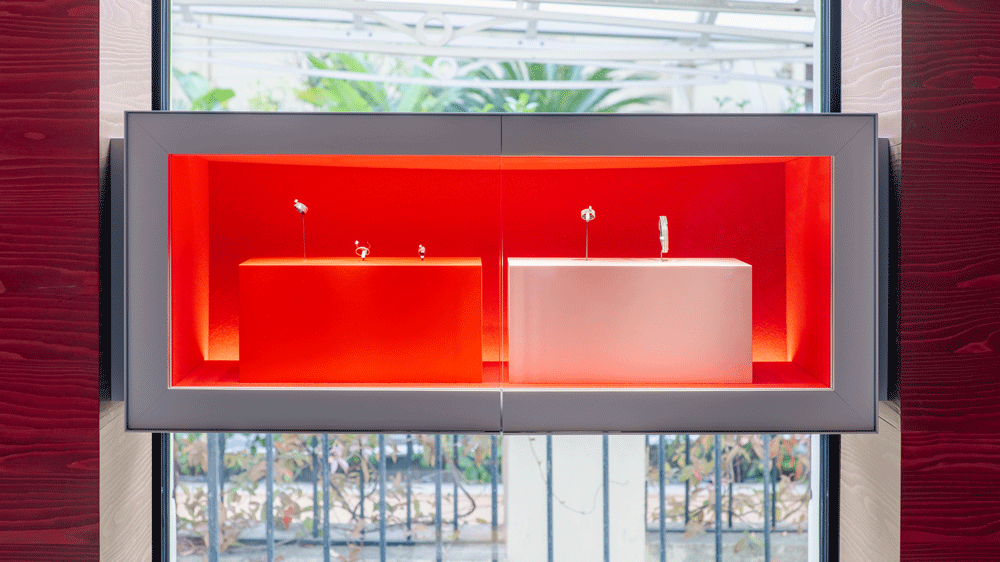 It’s the perfect setting to showcase Repossi’s sleek designs, which Gaia Repossi says are not only inspired by Donald Judd, but also Tadao Ando, Le Corbusier and Richard Serra. To celebrate the new redesign, as well as a decade since the debut of Repossi’s instantly recognizable Berbere designs (inspired by the tattoos of the Tuareg Berbers of North Africa), a new Berbere Chromatic ring in black gold and navy lacquer with diamond accents was created. Designed in Italy, the ring’s 18-karat pink gold highlights the interior and edge of the ring, which connects two rings in one. The intense navy lacquer, which appears almost black, serves as the centerpiece of one ring, while the other is encrusted in diamonds—both are connected by a bar of 18-karat pink gold underneath. The ring will be available in March through select Repossi retailers worldwide (in the U.S. it will be available at The Vault at Saks Fifth Avenue in New York City). An exclusive Berbere Chromatic ring for Monaco will come out later this year as part of the Chromatic Cities series. 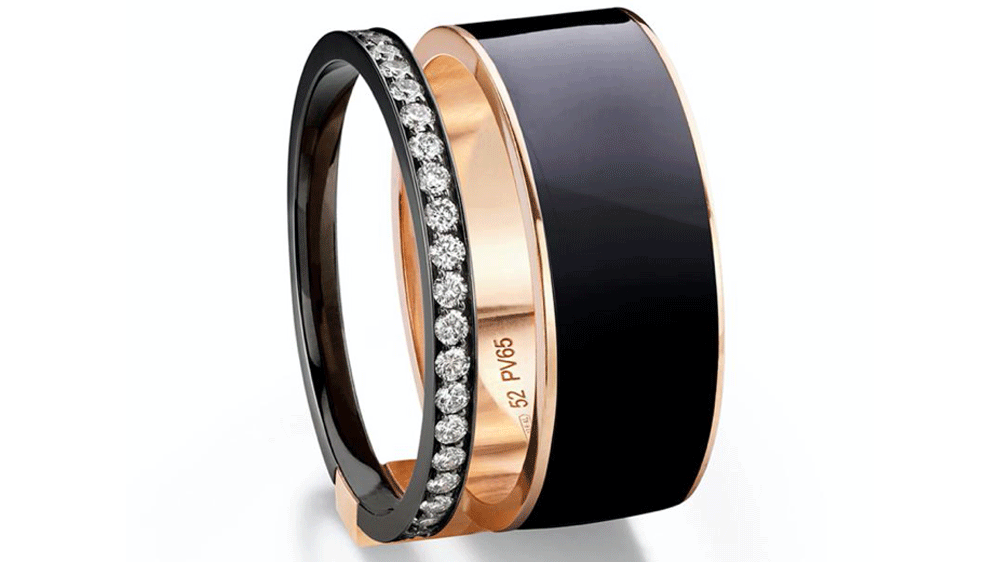