What’s All The Hoopla?

The hoop earring is back with a vengeance. It's stronger, lighter, and "knows no bounds." New technology, shapes, and colors are among the biggest trends, but the meaning will always stay the same.

Hoops represent our need to express who we are and how we want to live. To see where the hoop is going, we need to understand how this earring style came to be. 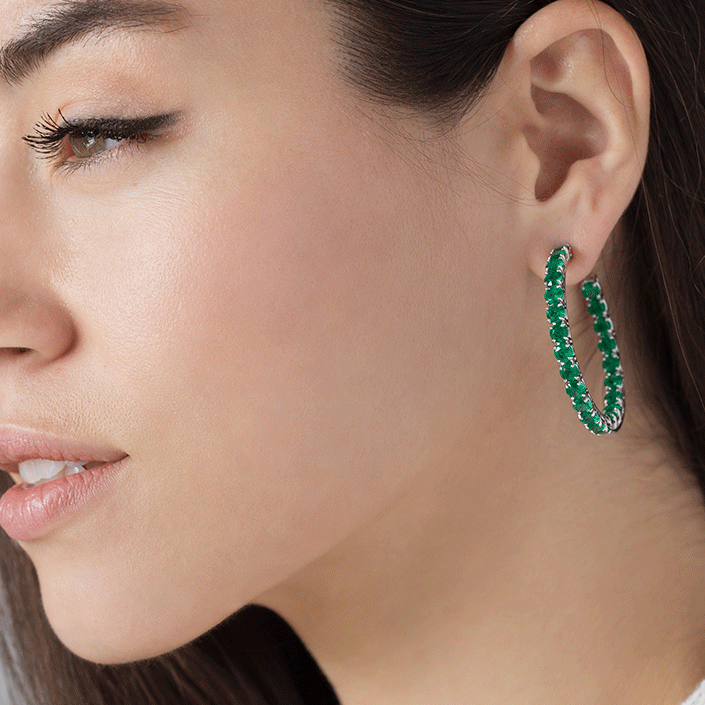 Brief History of the Hoop

One of the oldest form of jewelry was the hoop. Both women and men adored the ancient circular shape. It is believed that the Sumerians, as early as 2500 BCE, and the Africans were the first to adorn the hoop, becoming a permanent style for centuries to come.

Hoops eventually evolved as the Greeks, and the Etruscans made their own interpretation by adding additional details and designs. They soon symbolized such things as wealth, fortune, and protection. The Roman and Byzantine hoops also became popular among ancient cultures by adding such additions of chain and pearl drops.

There was a decline in the Middle Ages and Renaissance period due to the high collars and hairstyle trends. Surprisingly, hoops became popular among pirates in the 1500's. Sea-bound and superstitious, pirates believed that the hoops brought protection against seasickness and provided good luck.

During both 18th and 19th century, women were once again inspired by the ancient Roman and Greek techniques and the hoop became stylish again. However, it wasn't until the 20th century the hoop earring was truly reborn. Female empowerment rose in the 1960s and 1970s, and the oversized hoop emerged as the sign of female power. By the 1980s, Latina and African American women began to wear hoops to symbolize their cultural ancestry and strength. 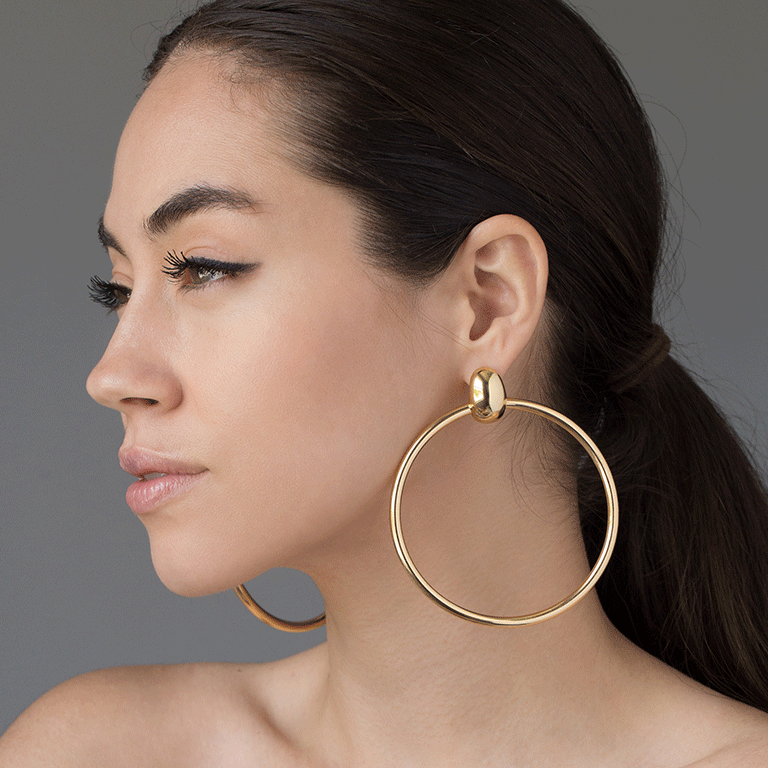 In the 21st century, a sentiment of female empowerment still reigns true. The hoop earring provides identity and a sense of liberation.  It's bold and creative. Not only does it pay tribute to cultural relevance but it's timeless and easy to wear.

With new technological advancements in material, we can feel free to wear any size hoop without weighing down the ear. Lucite, titanium, and wood bring lightness, while colored oxidized gold brings a fresh color palette. 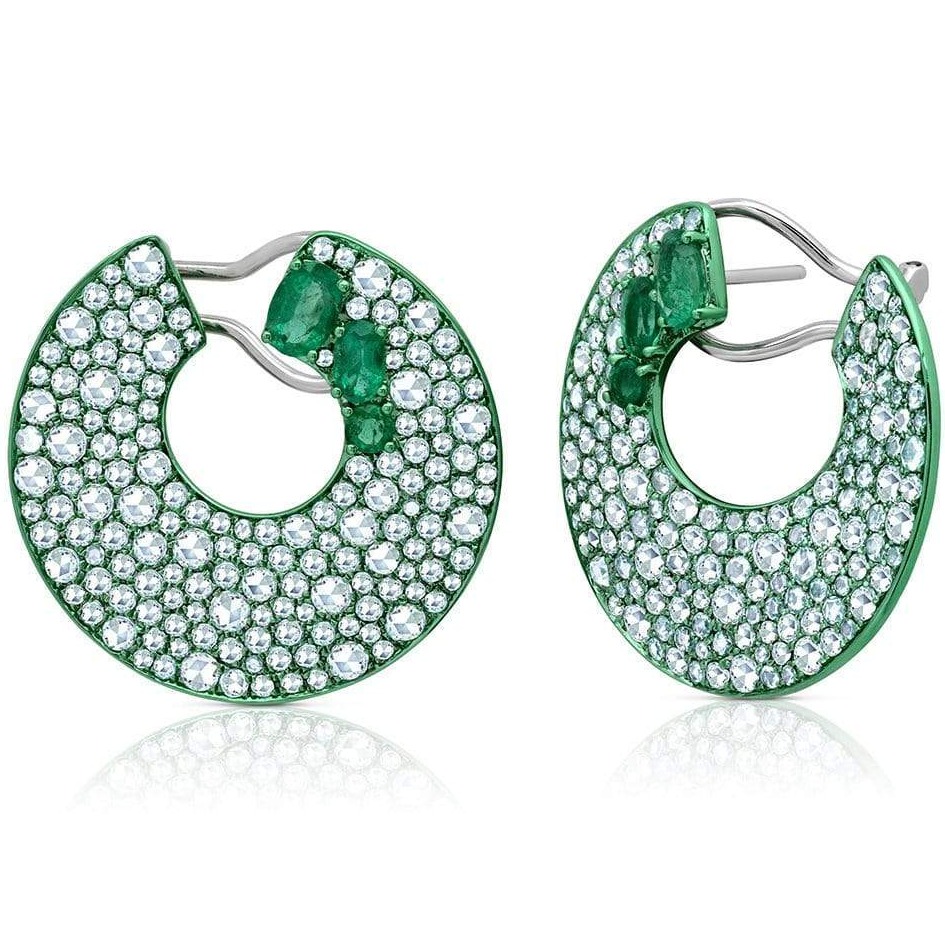 New shapes have emerged, such as the kite, square, and needle. Colored stones such as tourmaline, opals, and sapphires replace the traditional diamond. Taking it a step further and keeping it interesting, designers are adding a drop onto their hoop. Whether it be a chain, pearl, or connected to another earring, the hoop's evolution is boundless. 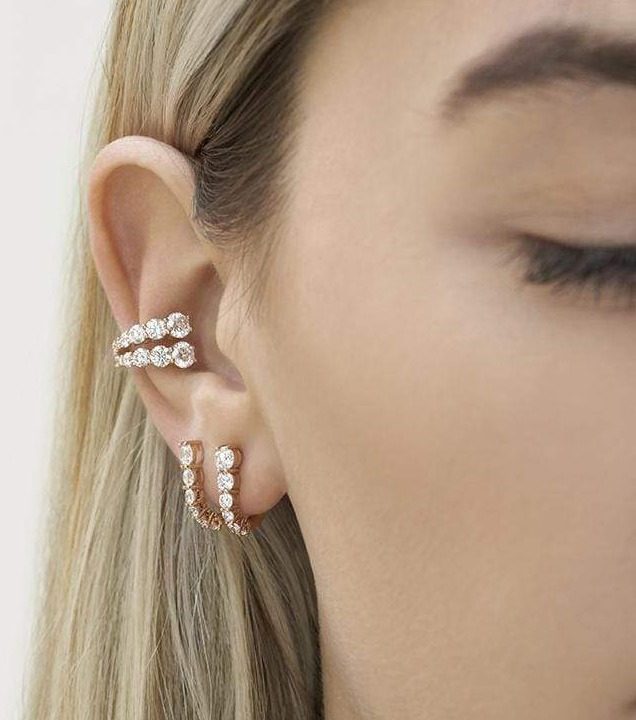 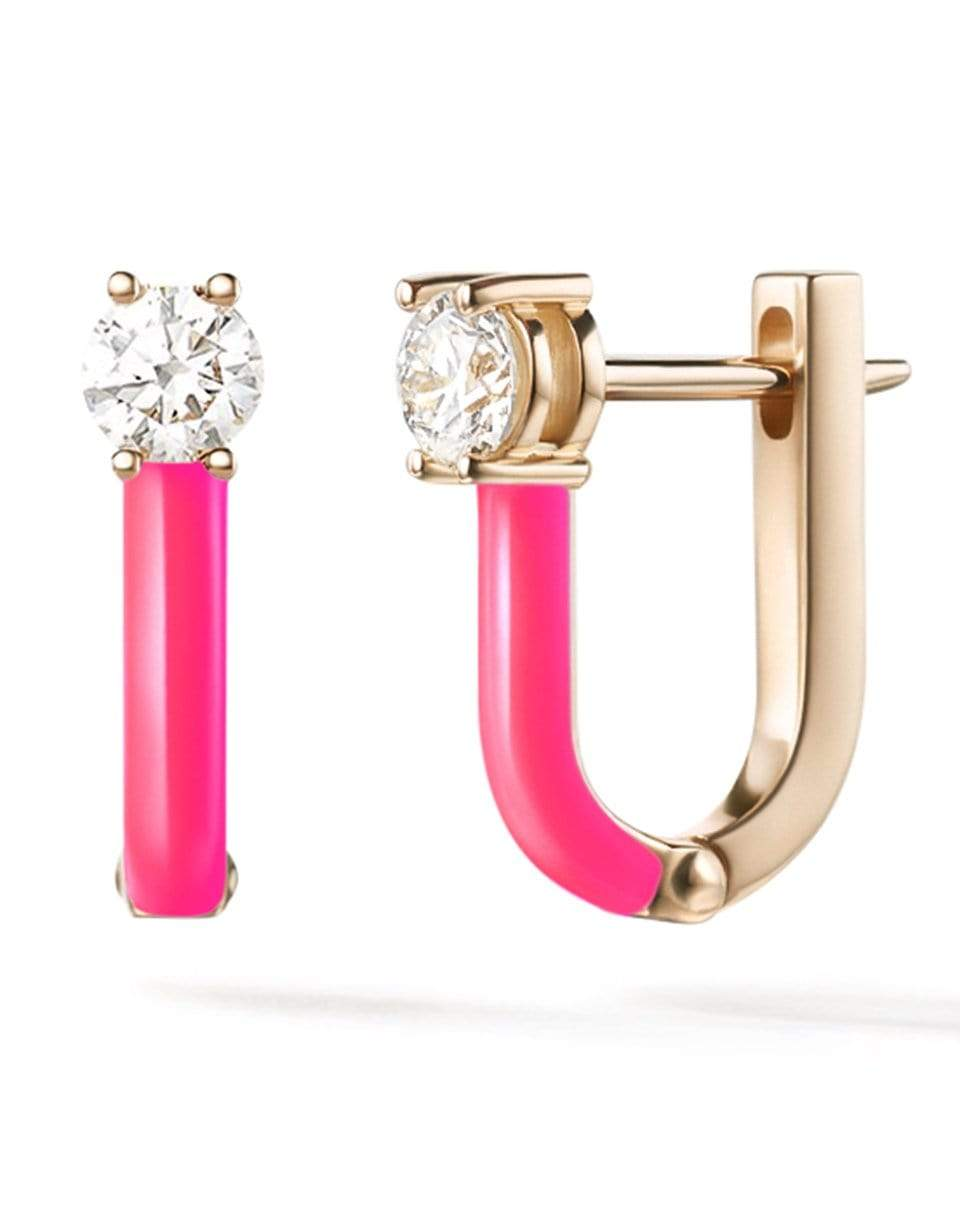 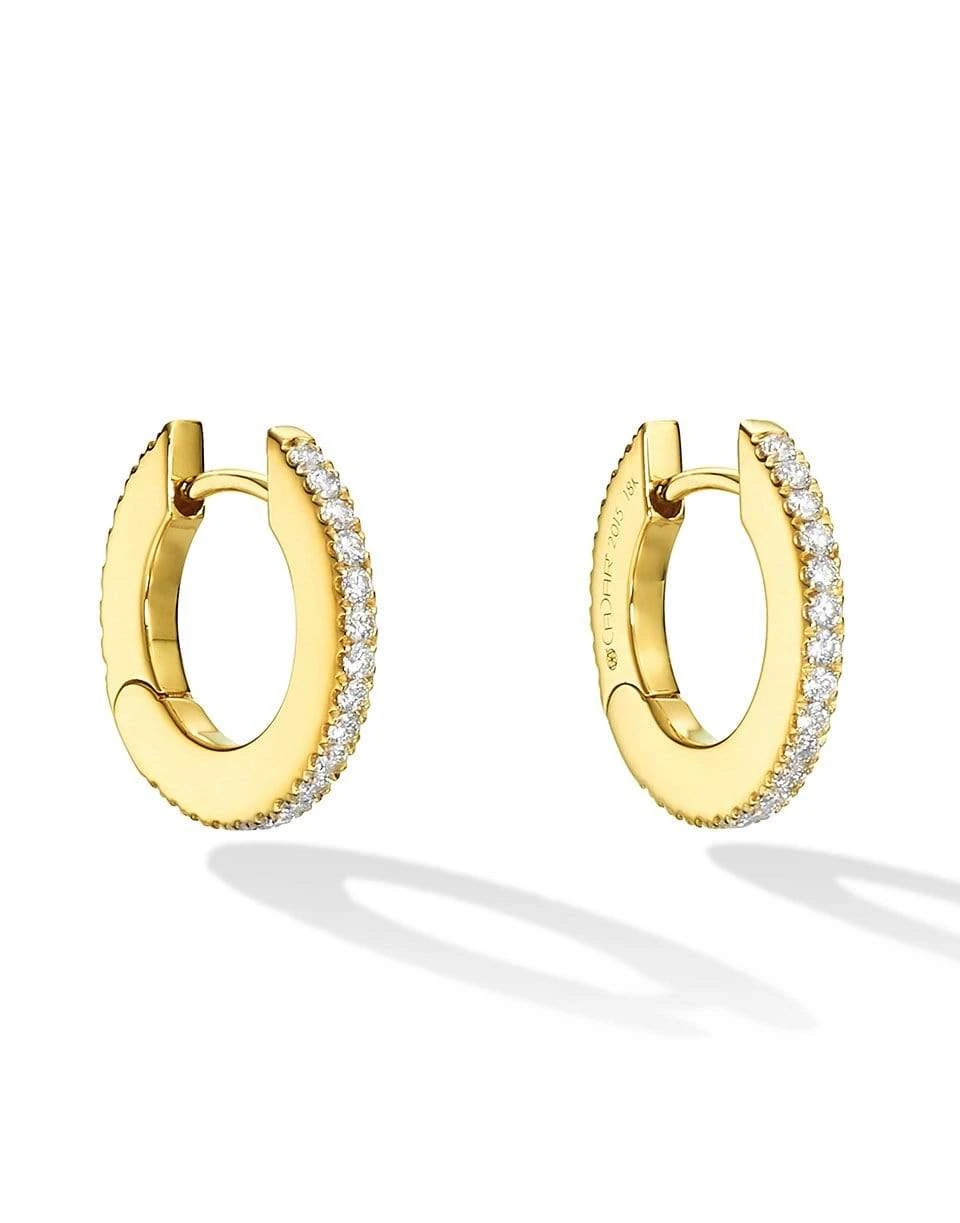 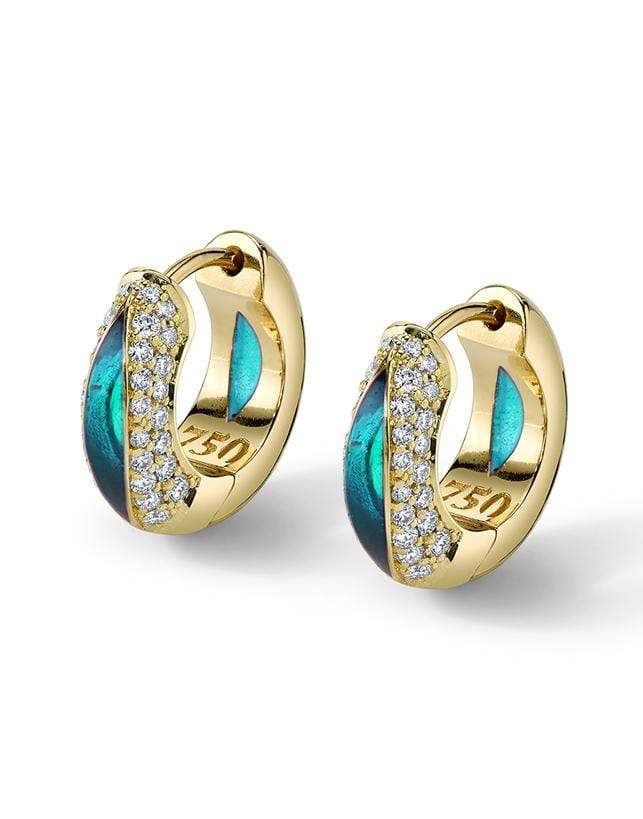 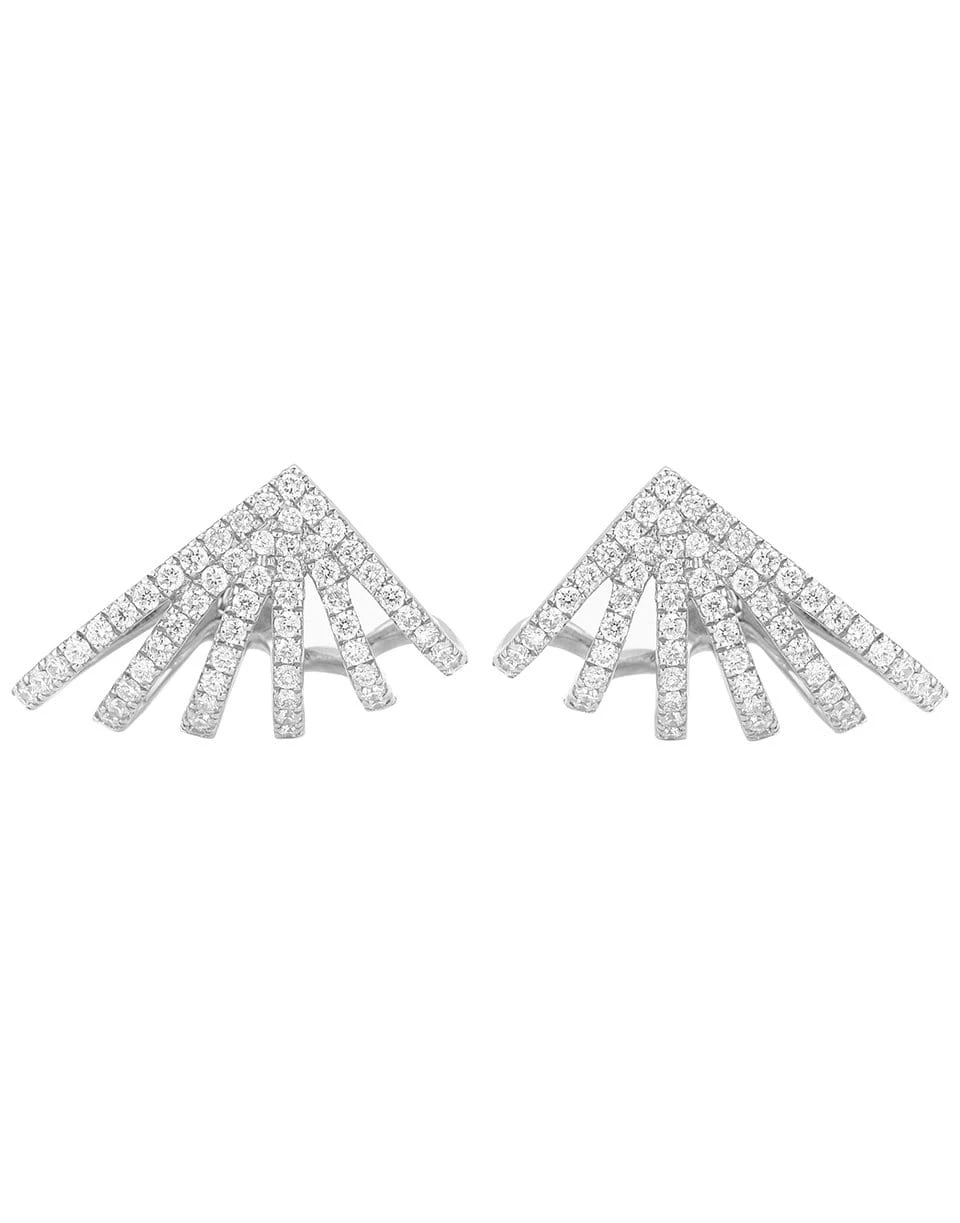 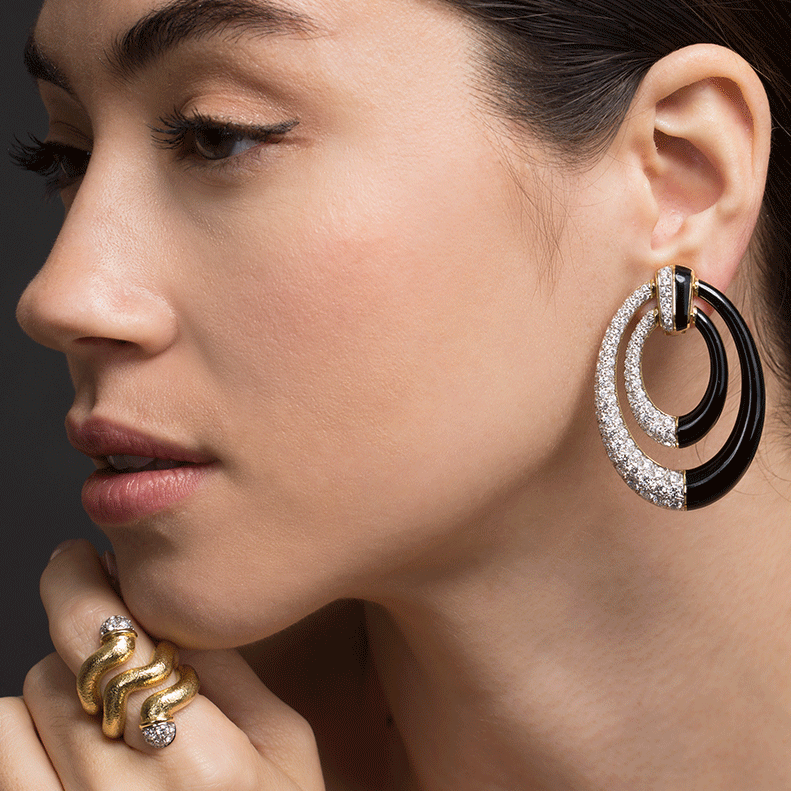 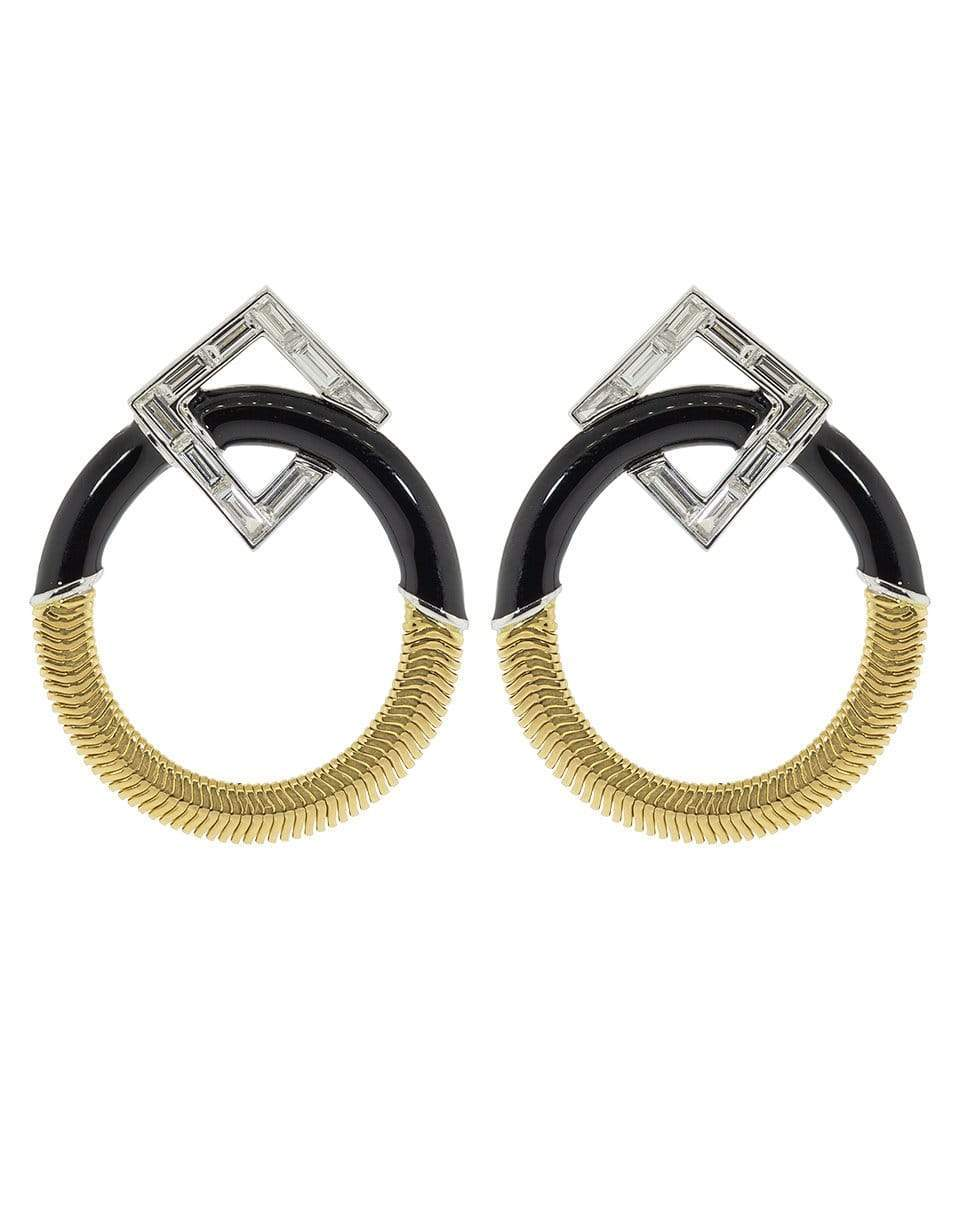 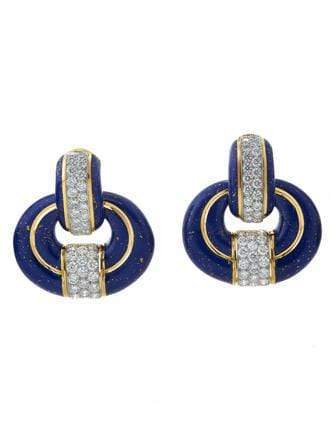 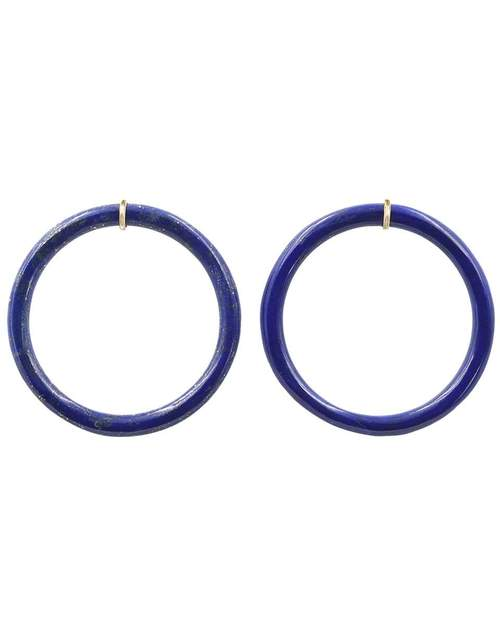 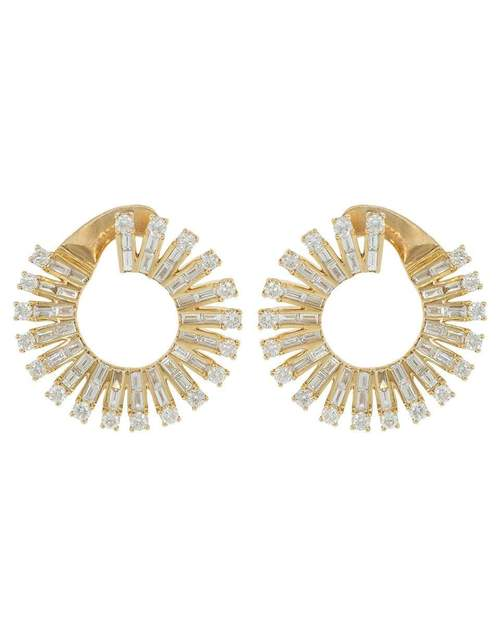 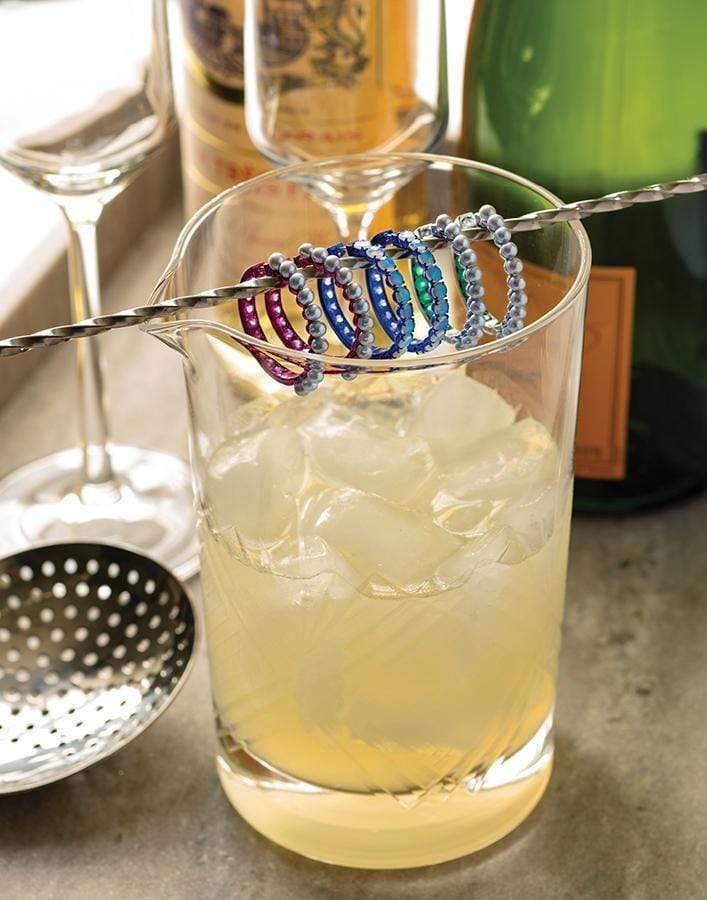 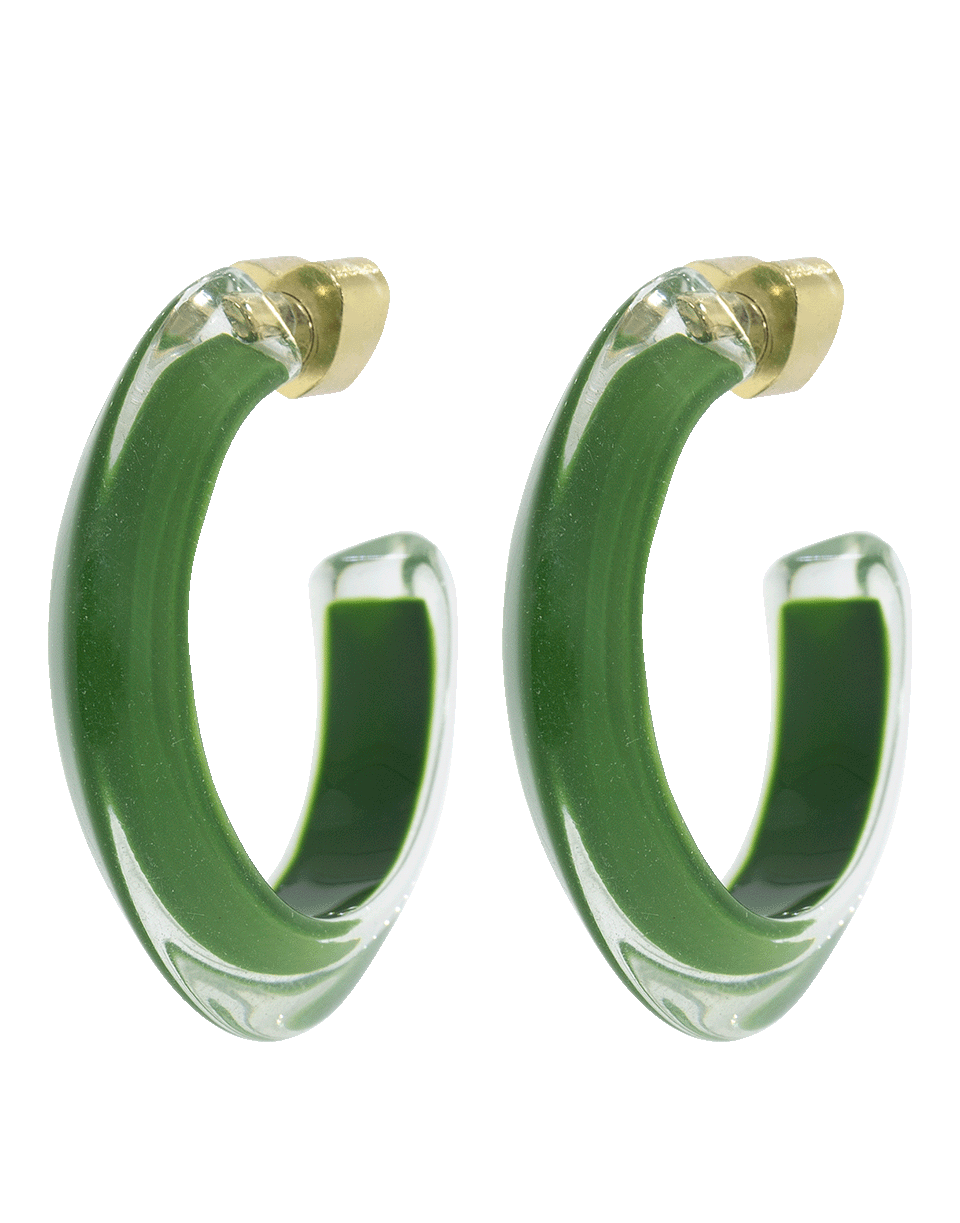 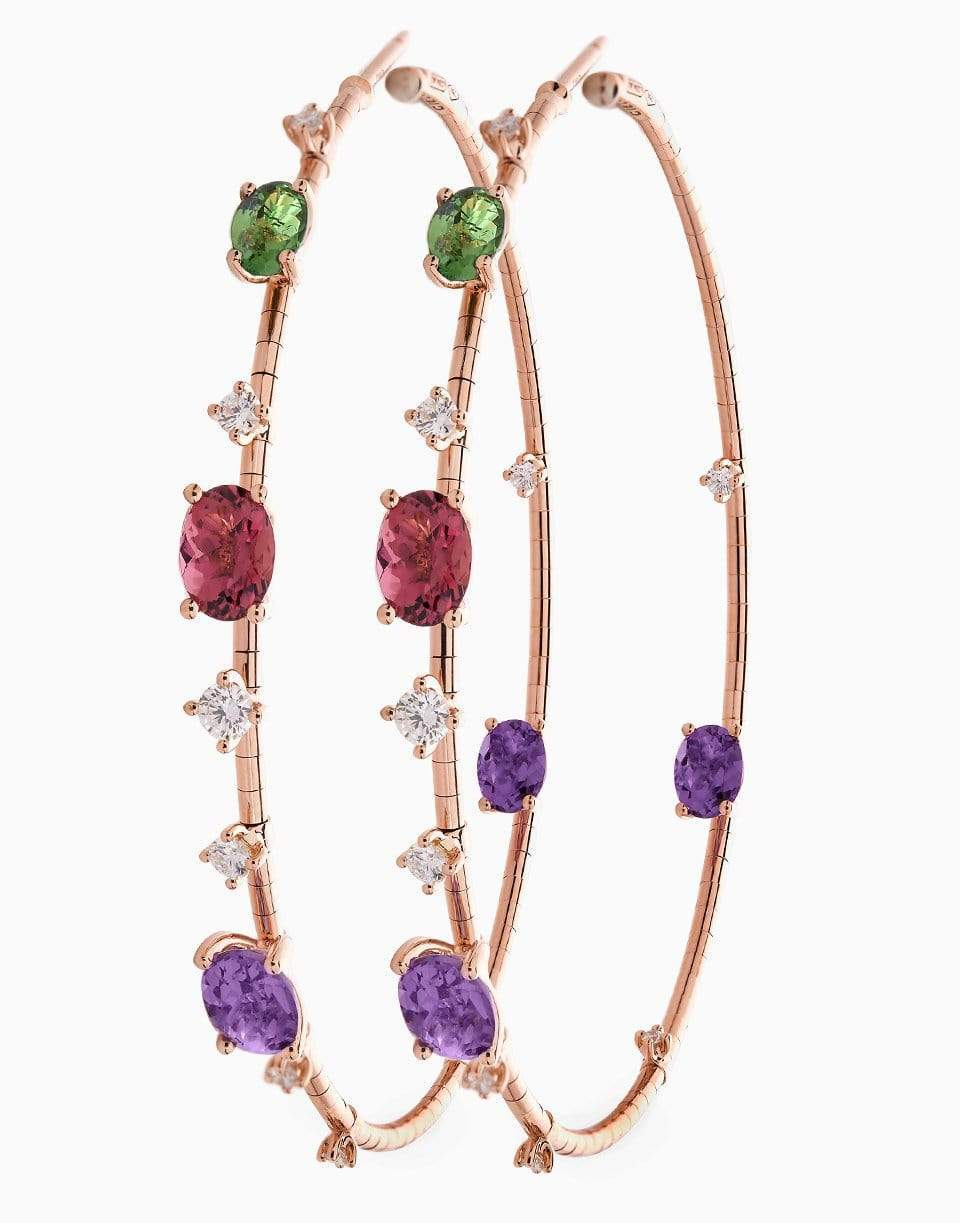 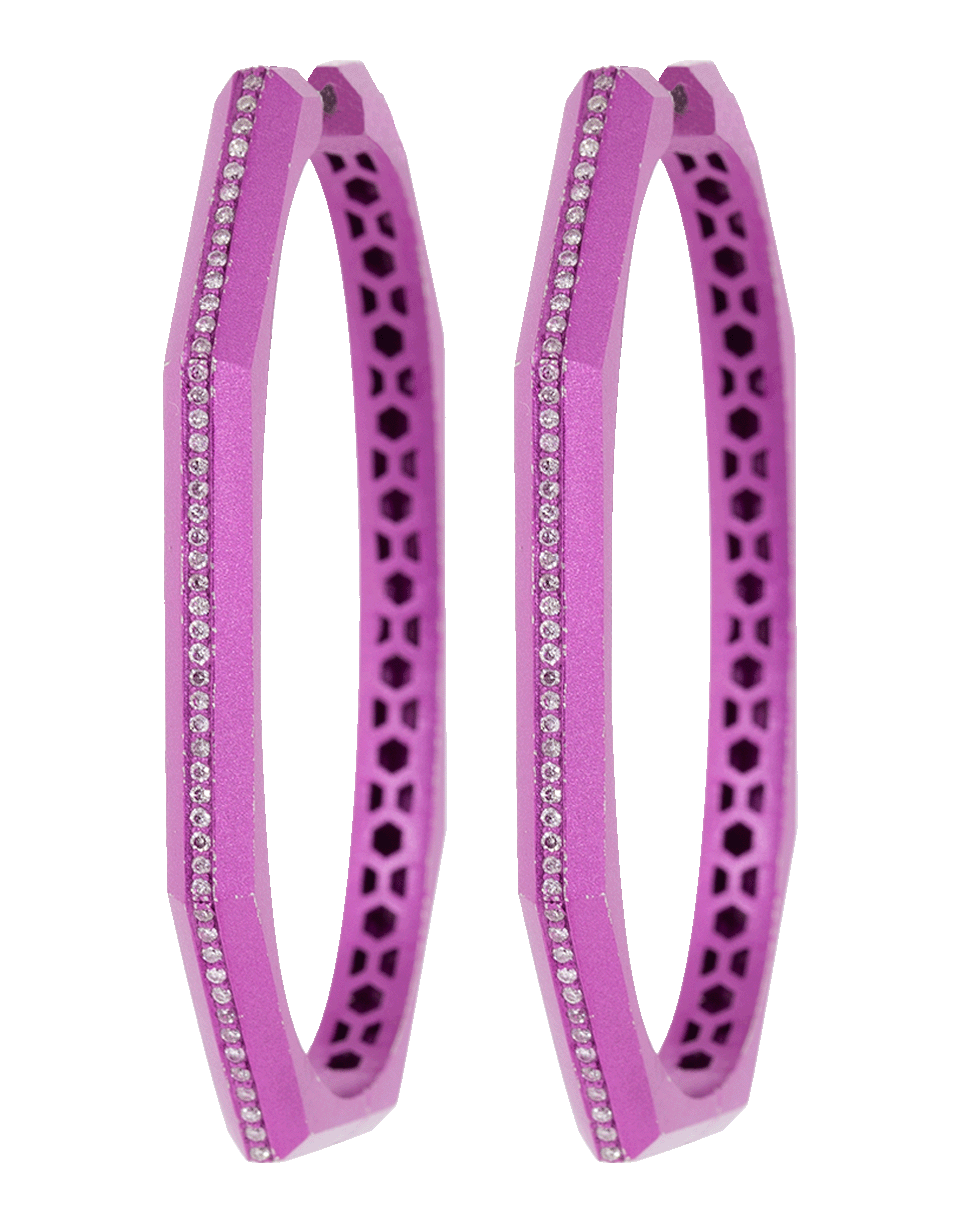 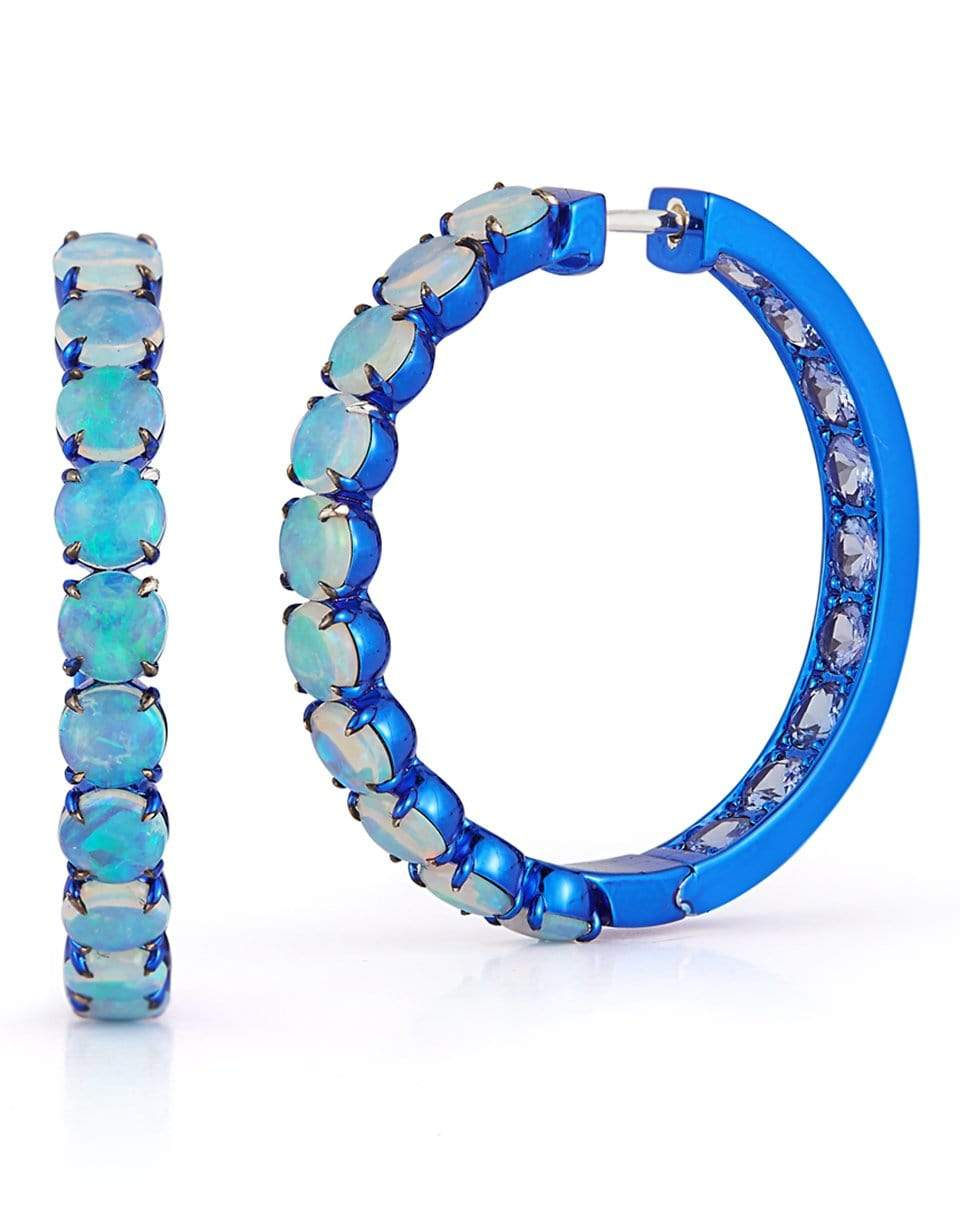 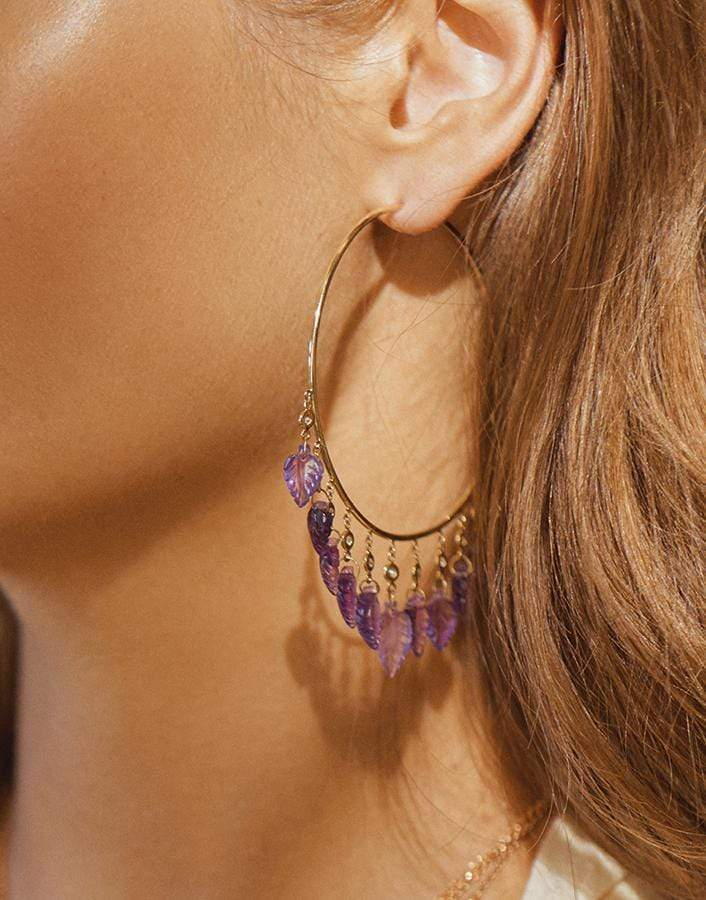 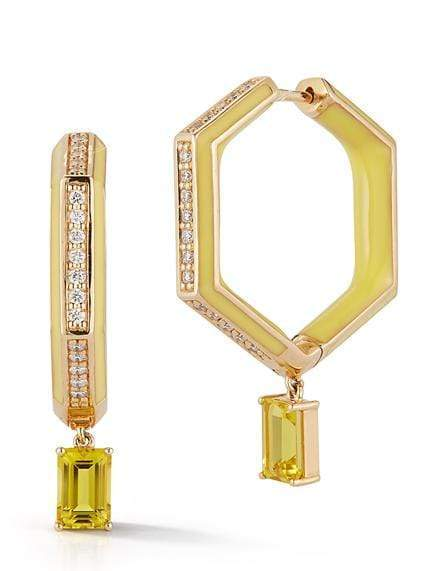 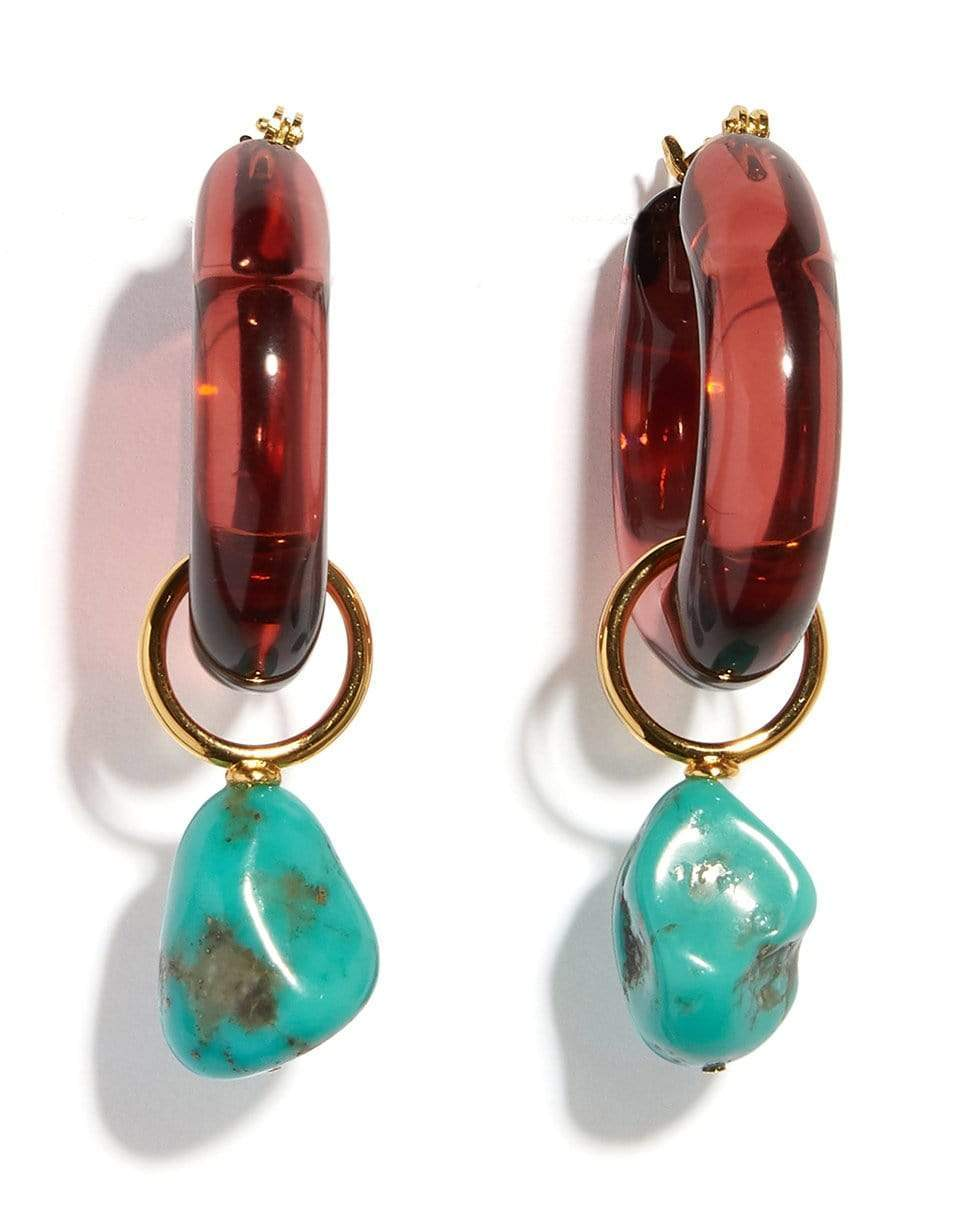 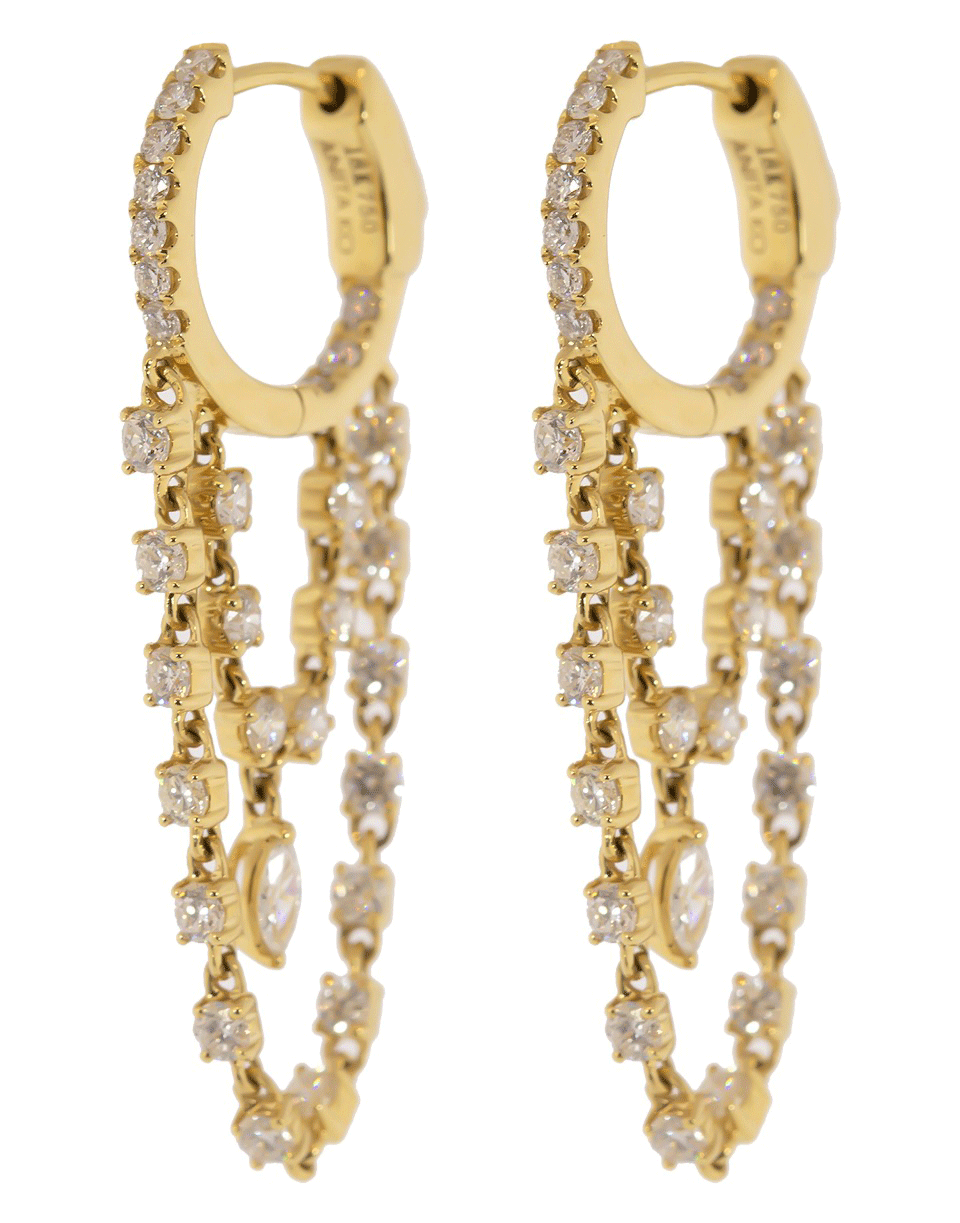 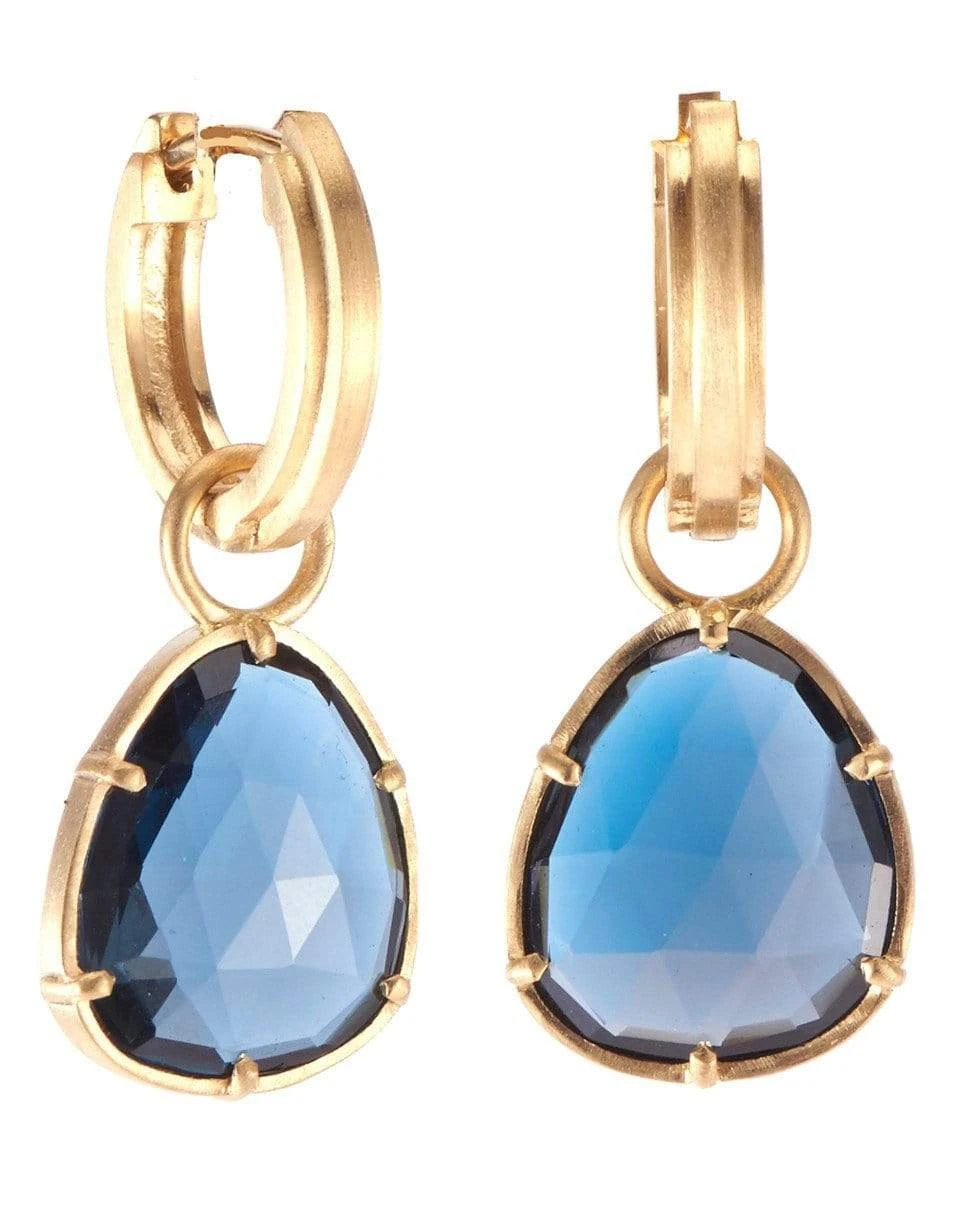 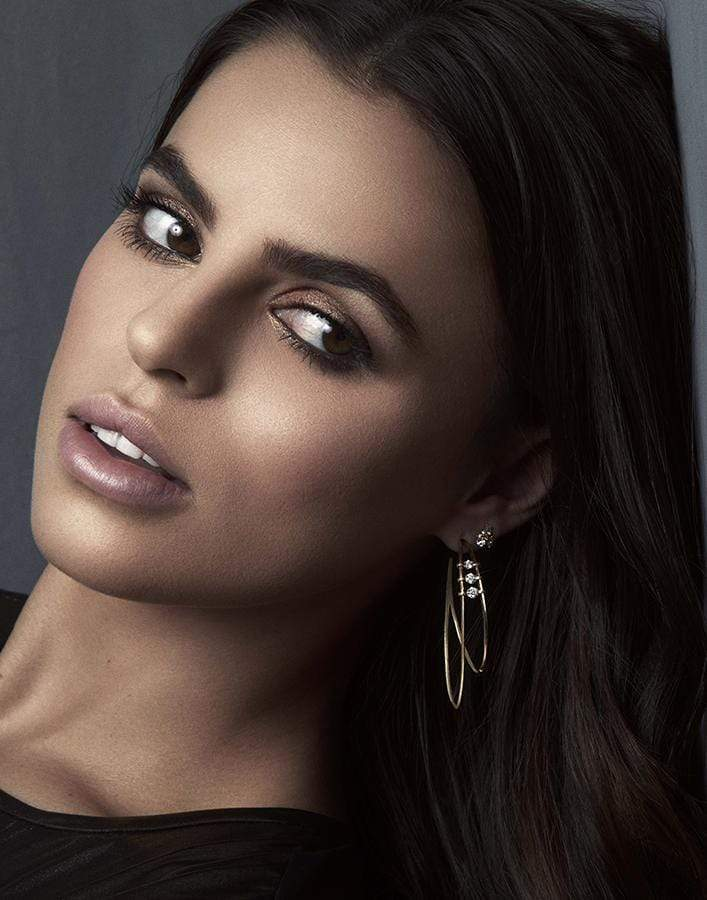 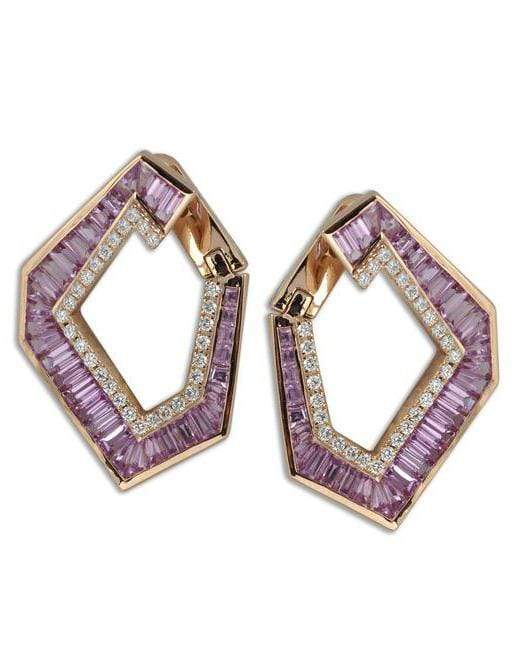 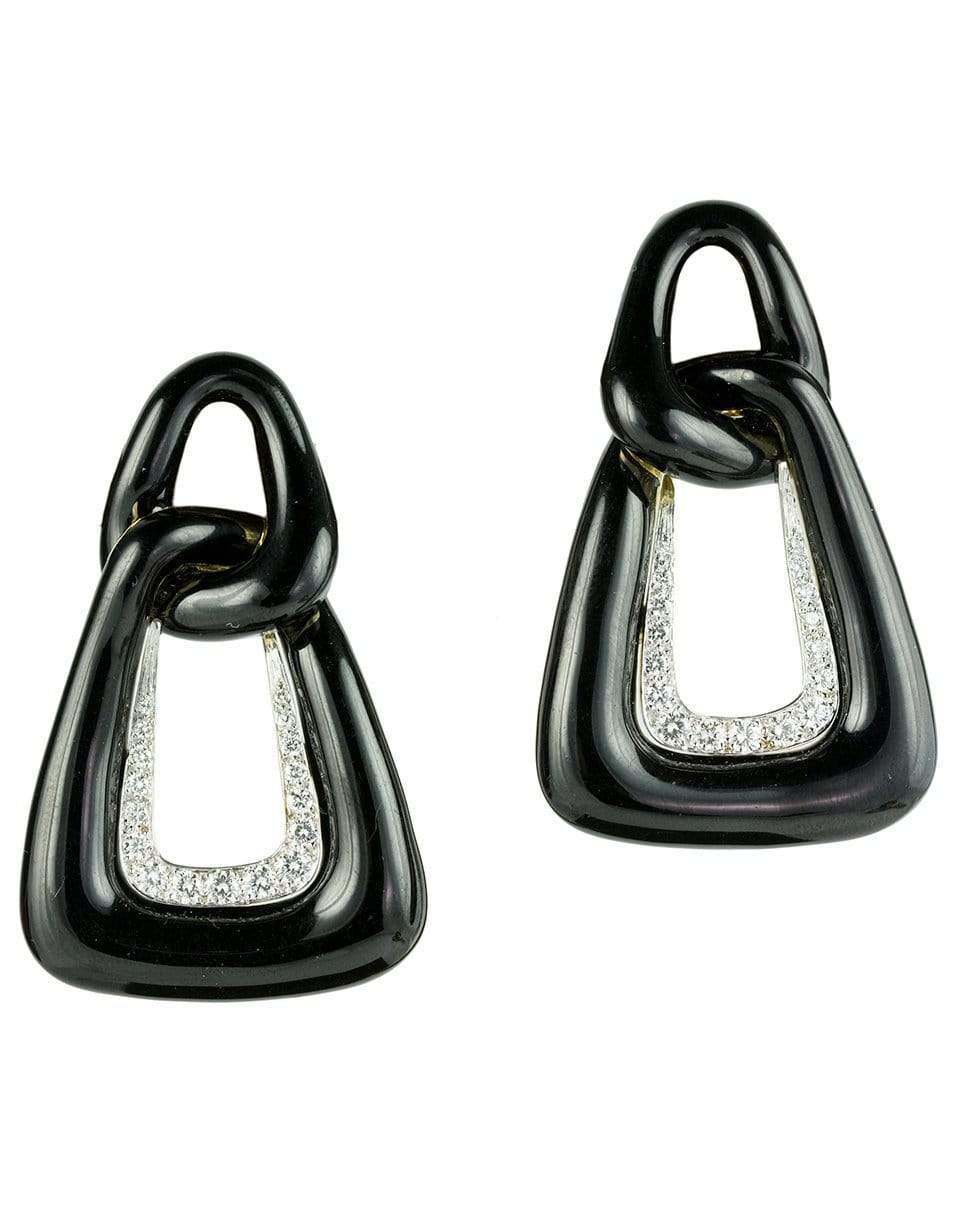 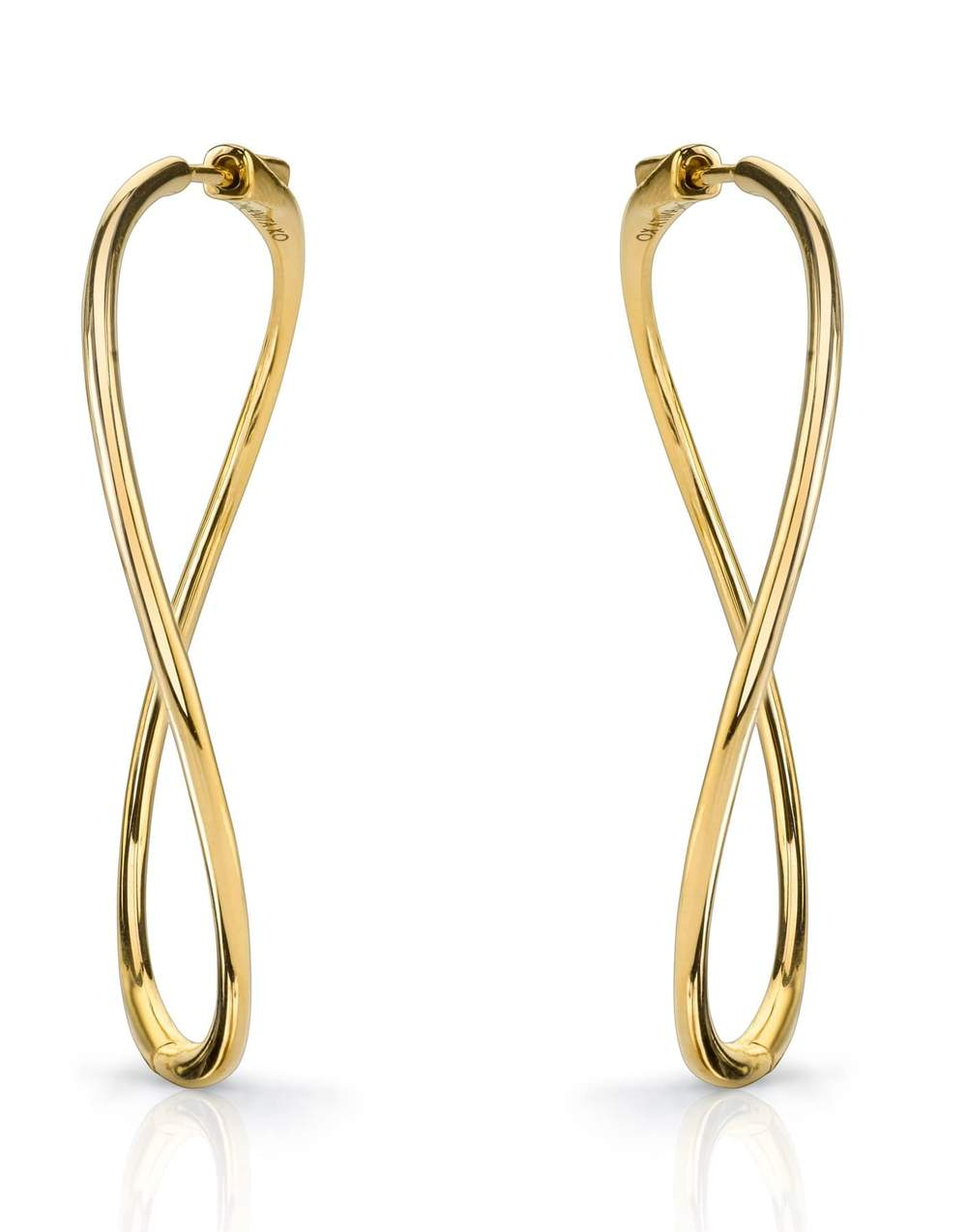 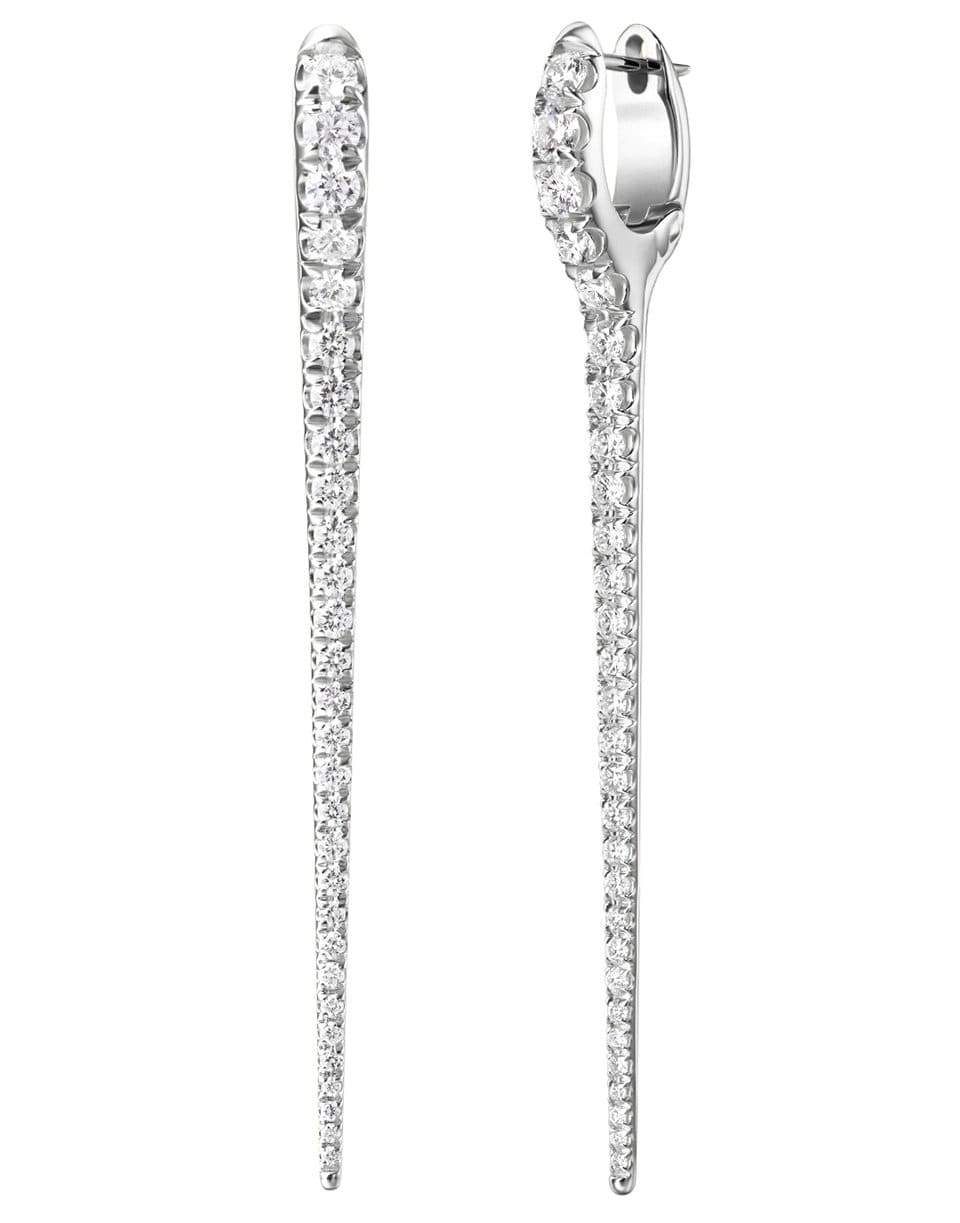 Now you know the history and what the hoop has come to symbolize; strength, independance and freedom to be who you are. Hoops today come in many shapes, sizes and color. Technology and new materials offer flexibility, lightness and more choices. Update your traditional hoop this year, the options are endless.